A Force for Good

Rangers are the foot soldiers, the boots on the ground, and the first and last line of defence protecting the world’s wildlife from all the threats around them. African Parks has an anti-poaching team of 1,000 rangers who make up our law enforcement team, which is the most critical and foundational component for the long-term sustainability of any park. Our rangers are often the only security and stabilising force, not just for the parks, but for entire regions. Their presence and actions are restoring security, creating safe places for both wildlife and people far beyond the parks’ boundaries.

These Rangers are a Force for Good:

Experience a day in the life of a Ranger

The Protectors, Walk in the Ranger’s Shoes, is a documentary short shot in Virtual Reality that chronicles a day in the life of a ranger in Garamba National Park. These rangers are often the last line of defense in a race against extinction at the hands of poachers slaughtering elephants for their ivory tusks.

Rangers require constant training, equipping, and outfitting to meet the threats of poaching and other illegal activities head on, and your support can go a long way:

$25 can support one water filter, providing clean water while out on patrol

$50 can provide a mosquito net

$100 can support a pair of rugged, all-terrain boots

$250 can deliver an advanced medical kit

$500 can provide two Delorme satellite tracking devices, a life-saving device for rangers in an emergency

These individuals are risking their lives each and every day to safeguard the parks under our management, and the wildlife who live there. Last year alone, our rangers conducted 113,000 ranger patrol-days, they removed 48,000 deadly wire snares, and confiscated almost 50,000 tonnes of bushmeat before entering the illegal wildlife trade. They protected over 10,000 elephants and countless other endangered species like rhinos, lions, cheetahs, and gorillas. But their efforts go far beyond protected areas and wildlife. They are often the only security or stabilizing force in the entire region – delivering safety for both wildlife and people. 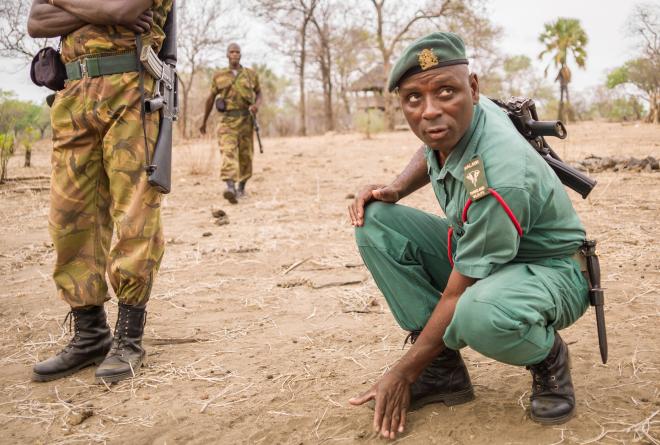 For 27 years, Mr Moyo has dedicated his life to wildlife conservation in Malawi, 25 of which have been in Majete where he has maintained the incredible track record of not having lost one rhino or one elephant to poaching since their reintroductions in 2003. When African Parks assumed management of Majete in 2003, most of the wildlife had been hunted out and the remaining scouts, including Mr Moyo were under-resourced and poorly equipped.

But from 2003, Mr. Moyo has played an instrumental role in securing the park, and making it safe for the return of key species. In 2006 Mr Moyo was promoted to Deputy Law Enforcement Officer. His courage has never wavered, even when he had few to no resources to protect the park all those years ago.

This was apparent in 1995 when he and his ranger team were attacked by 10 armed poachers from Mozambique. Despite being outnumbered, Mr Moyo was able to hold his teams’ ground and push the poachers out of the reserve. Majete has come a long way since that time, and today, is Malawi’s leading Big Five reserve. Even though it seemed Majete was almost lost all those years ago, Mr Moyo never gave up. He never abandoned this reserve, and we are deeply honoured to have him on our team. 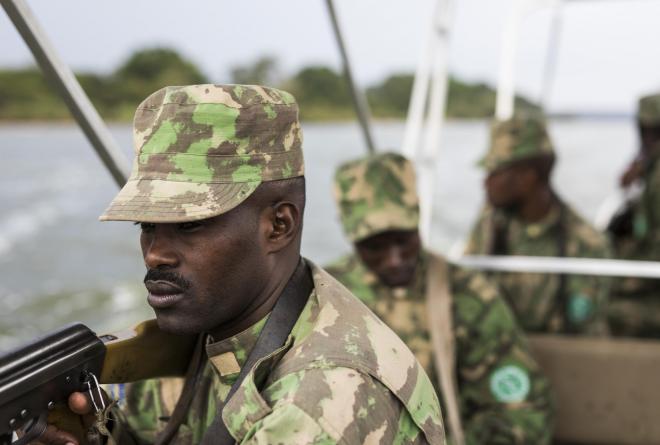 Meet Park Ranger Antony Nzuki who has helped in bringing stability, and hope, back to Akagera National Park in Rwanda. For 14 years, Antony Nzuki has dedicated his life to wildlife conservation. Despite being injured during active duty in military service in Rwanda, which made it more challenging for him in the field, he has risen to lead the rangers of the northern sector of the park through sheer determination and perseverance. African Parks assumed management of Akagera National Park eight years ago in partnership with the RDB, and we have witnessed Antony’s commitment first hand.

Akagera’s rangers have made the park safe for the reintroductions of lions and black rhinos, and other key species like elephants, leopards, and game animals are thriving. Poaching is nearly non-existent and at the lowest level in years, which has allowed for tourism to boom – making the park almost 80% self-sustaining. Antony is a prime example of a ranger and an exceptional role model for young Rwandan conservationists and rangers, and we recognise him and his team's role in the restoration and protection of Akagera for people and wildlife alike. 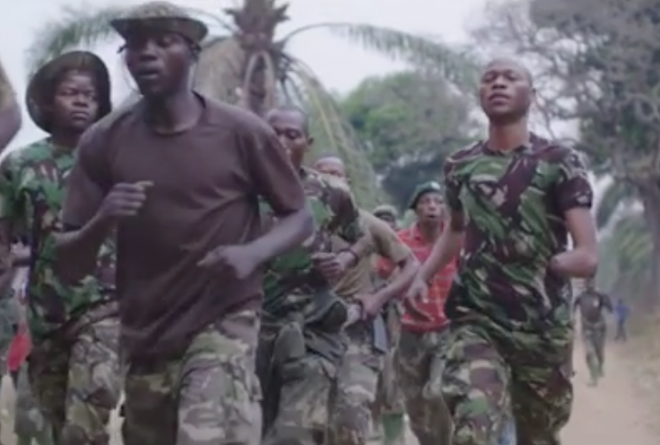 Park Ranger Komerewa Daoba Dieudonne is a Ranger of distinction who has served the Congolese Institute for Nature Conservation (ICCN) in Garamba National Park since 2008. He quickly rose to the ranks to become a Patrol Commander, leading rangers in the field, facing heavily armed groups including Sudanese poachers (who were largely responsible for the extinction of the northern white rhino in the park) and the Lord’s Resistance Army who wreak havoc and destroy human and animal life.

Despite the constant threat from these heavily militarized and incentivized armed groups, Mr. Dieudonne and his team have shown extraordinary courage, grace, and selflessness protecting the region’s wildlife, and the local communities. Tragically, Mr. Dieudonne faced the ultimate test when out on a patrol, he suffered a terrible accident that resulted in severing, and losing his arm, below the elbow.

Despite this catastrophic incident, and after months of healing and recuperation, Mr. Dieudonne was determined to join his ranger team once more. He never waned in his commitment and this obstacle didn’t weigh him down. He returned to work and used his strong leadership skills to become an integral member of Garamba’s training wing. Mr Dieudonne never regarded his injury as a disability and remains one of the best marksmen on our team. Mr Dieudonne has given years of dedication and service during one of the most difficult periods in the park’s history. It is a credit to him, his enduring character and his professional pride that he continues to be an example for future rangers, and the DRC’s younger generation.

Find out how we protect our parks >