With vast undulating grassland savannah and dense dry forest, Garamba is one of the oldest and most well-known national parks in Africa and home to the only notable elephant and giraffe populations in the region.

The southern part of the park is predominantly grassland savannah with scattered trees. Further north the vegetation is mainly mixed woodland, with dense, dry forests as well as riverine and swamp forests. In contrast, the hunting areas are predominantly dense bush savannah, mixed deciduous woodland and forests.

With abundant food and water resources, Garamba provides excellent habitat for elephant, hippo, buffalo and Uganda kob, while less common species such as giraffe and roan antelope, although rare, can also be found. 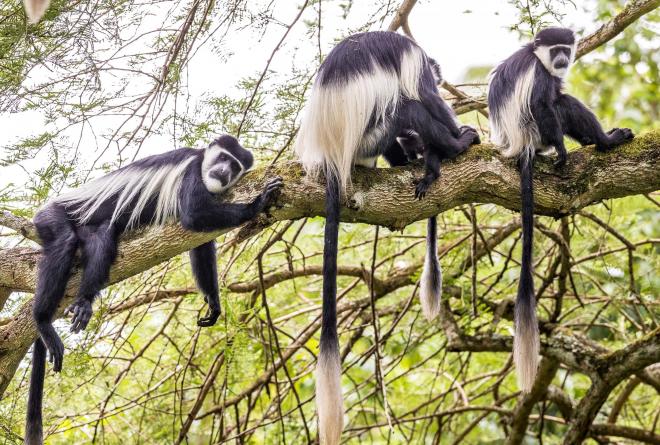 Primates: These include the Guereza colobus, Patas monkey, vervet monkey, the De Brazza’s monkey and the chimpanzee. 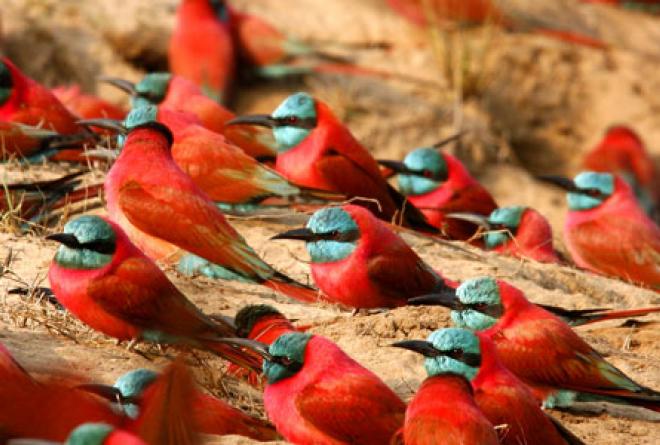 Bird diversity is high with more than 340 species recorded.

Spectacular colonies of carmine bee-eaters are common along the banks of the River Dungu and clouds of cattle egret can be seen circling over the large herds of buffalo.

Prior to 2005 Garamba’s elephants were being poached at an alarming rate and the park was experiencing a negative population growth. However, by 2019 poaching had decreased by 90% and the population has since stabilised. In addition, the Kordofan giraffe subspecies is critically endangered, with only 48 remaining in the park and the entirety of the DRC. 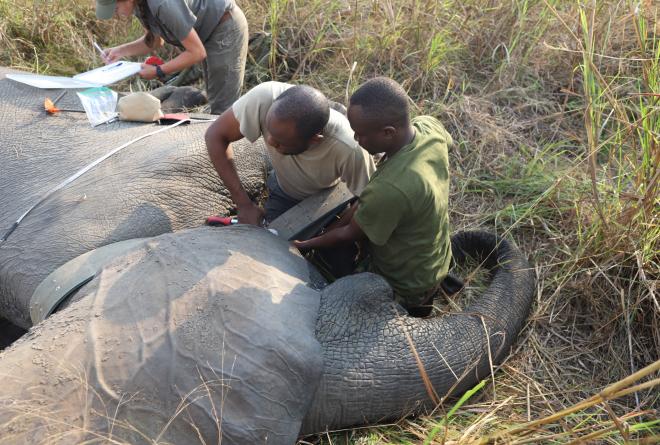 For a long time, research and monitoring in Garamba concentrated mainly on the population dynamics of the northern white rhino and, to a lesser extent, elephant and giraffe. However, these operations were halted in February 2005 when a previous project stopped operating in the park. As a result, what was known about the wildlife populations became increasingly outdated. Since then, Garamba has embarked on several monitoring programmes, fitting tracking devices to giraffe and elephant to learn more about their movements. In 2019, two elephants were successfully fitted with refurbished GPS tracking collars, taking the total number of elephants collared to 45. Several Kordofan giraffes have also been fitted with tracking devices. Their close monitoring enabled the team to record six new juveniles in 2018, a vitally important increase in this small population.