Elephant Conservation in the Context of High Human-Wildlife Conflict

Recent commentary has been critical around this year’s elephant translocation from Liwonde National Park to Kasungu National Park in Malawi. Subsequent to the translocation, three people have been killed by elephants which got out of Kasungu National Park. According to IFAW, one of these deaths was caused by a translocated elephant bull, and the other two by local elephants. Incidents such as these are tragic, and our thoughts are with the families of each of these individuals. This note serves to provide context to these circumstances, and attempts to unpack the complexity of human-wildlife conflict which is a major challenge in Malawi – none of which were addressed in the articles.

It is our understanding from the information provided to us by the Department of National Parks and Wildlife (DNPW) that there were three separate incidents around Kasungu: on 12th July, 40-year old Collins Chisi, was killed by an elephant just north east of Kasungu National Park. On the same day 29-year old Joseph Blackson was killed to the south west of the park. Both elephants were lone bulls and according to government protocol, were subsequently euthanised by DNPW to mitigate any future risks. In the most recent incident on 16th September, 30-year old John Kayedzeka was killed to the south-east of the park.  DNPW has issued a statement on the circumstances surrounding the three deaths.

Since 2015, the International Fund for Animal Welfare (IFAW) has been working in partnership with DNPW to address law enforcement, infrastructure development and capacity building within Kasungu National Park. While African Parks is not involved in the management of Kasungu, it is responsible for managing four other protected areas in Malawi: Liwonde National Park, Majete Wildlife Reserve, Mangochi Forest Reserve and Nkhotakota Wildlife Reserve, all of which have elephant populations.

As part of DNPW’s national elephant management plan, 263 elephants were translocated by African Parks, IFAW and DNPW from Liwonde National Park to Kasungu National Park in July and early August, 2022. Kasungu’s elephant numbers had declined from over 1,000 elephants to an estimated 50 elephants as a result of extensive poaching pressure in the park, with a pre-translocation density of 0,03/km2. Liwonde’s pre-translocation elephant population was over 1/km2. The destructive consequences of Liwonde’s large elephant numbers, coupled with Kasungu’s low numbers, was the dual rationale for the translocation of elephants from Liwonde to Kasungu. Various other species of wildlife were also translocated from both Majete and Liwonde as part of the wildlife restocking effort in Kasungu. While the ecological rationale is clear, species such as elephant and other plains game will also boost tourism potential in Kasungu, which has a host of positive economic benefits associated with it.

Contrary to claims of rushing the translocation, plans to move the elephants commenced over three years ago and was delayed as a result of Covid-19. 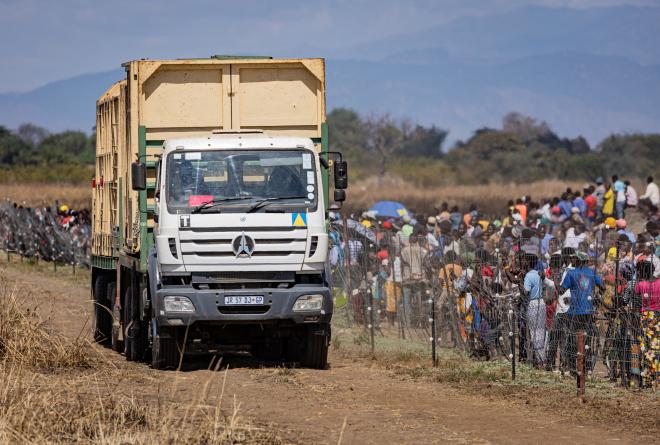 Human-wildlife conflict in Malawi is an ever-present challenge, negatively affecting people and wildlife alike. Unfortunately, elephants do not respect park boundaries and therefore pose a real threat to neighbouring people and their livelihoods, particularly when agricultural crops are grown immediately adjacent to the park boundary, enticing elephants to leave the park. Neighbouring communities try to protect their crops, which can lead to fatalities. Similarly, elephants are shot at and either killed or wounded.

For this reason, African Parks prioritised fencing the four parks under its management in Malawi. The primary purpose of an electrified perimeter fence is to keep wildlife inside the park and mitigate incidences of human-wildlife conflict from occurring. Characterised as “fortress conservation” by some critics, fences in Malawi-type circumstances are a massive investment in a community-centric approach to conservation. Without fences, conservation in areas where there is a high density of human settlement would not be possible. Losing these parks would have global ecological and national economic consequences as they not only protect wildlife, but also generate important revenue streams for local communities and the country’s economy.

Unfortunately fences, despite being electrified, are not a fool-proof deterrent and elephant break-outs still occur. This is a "learnt-behaviour" whereby one elephant with the knowledge of fence-breaking passes it on to others. Elephant tusks do not conduct electricity so they do not get a shock when using their tusks to snap electrified strands. African Parks has invested heavily in introducing and testing new fencing methodologies which are proving to be successful, with minimal break-outs on sections that have been upgraded. 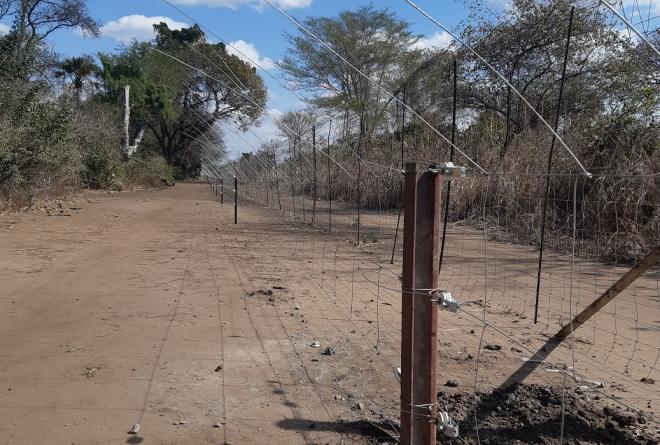 Successful elephant management in parks with “hard” boundaries requires a multi-layered approach. Fencing in such circumstances is the first line of defence. Community engagement is essential, so that communities can report break-outs immediately when they occur.  All the parks managed by African Parks in Malawi have fence attendants patrolling every 10km, ensuring break-outs can be either prevented or quickly handled. Similarly, the facilitation of community chilli farming adjacent to the fences, serves as an additional deterrent as well as generating an income for the participating farmers. Unfortunately, in circumstances where specific animals (usually bulls) continue to break out, euthanasia of that animal is a final, but necessary, intervention. With authorisation by DNPW, African Parks has had to euthanise several bull elephants in both Liwonde National Park and Nkhotakota Wildlife Reserve which were an ongoing threat to neighbouring communities.

In our view, articles that perpetuate the narrative that African Parks’ cares more about animals than people are counterproductive and ignore the facts. As an example, in the five years prior to African Parks’ management of Liwonde in 2015, there were at least 50 recorded human fatalities surrounding the park, as a result of elephants leaving the park. This is in contrast to five human fatalities outside of the park in the last seven years since African Parks’ management. By implementing the multi-layered approach to managing elephant break-outs in Liwonde National Park, African Parks has been able to reduce the number of elephant breakouts from over 1700 in 2019 to no more than 400 a year (an average of over 4 per day to just over 1 per day in 2022). Regardless, every break-out is one too many and has the potential to be fatal – most recently a young girl was wounded by an elephant, thankfully she survived the encounter. 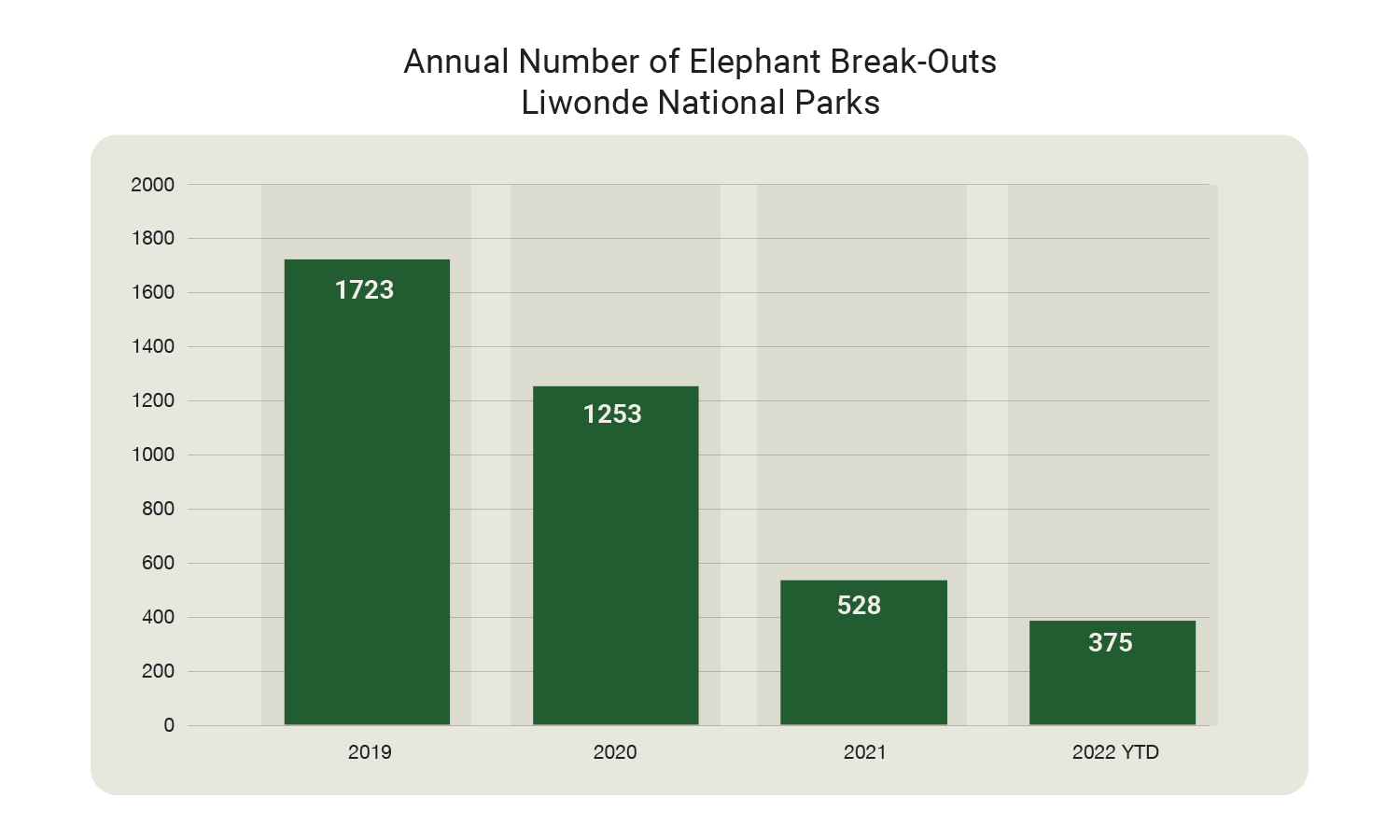 For this year's translocation, DNPW, IFAW and African Parks entered into a six-month, three-way cooperation agreement which makes clear the various roles and responsibilities of each organisation. In this regard African Parks is committed to providing advice and support to IFAW, building off our past experience with elephant translocations. One of the key components that was discussed and planned for during the preparation phase, was the need for consultation with traditional authorities and local communities surrounding Kasungu, as part of an overall awareness programme. To do this, African Parks personnel travelled to Kasungu to brief IFAW and DNPW, together with traditional authorities, to explain the risks involved in translocations, and especially the potential for human-wildlife conflict. Mitigating actions in the event of break-outs were also covered. Traditional authorities and community leaders also participated in the actual capture operation in Liwonde, as part of IFAW’s sensitisation programme.

In our view these efforts, as outlined, represent an approach to conservation that balances the needs of people and wildlife in areas of high human density and fragmented landscapes.

There is a long way to go before human-wildlife conflict is brought to a manageable level.  Any death, injury or impact on individuals or their livelihoods is unacceptable and is contrary to the very raison d’etre of African Parks, which places people at the centre of the rationale for conservation and our approach to protected area management.

For any further queries please feel free to contact media@africanparks.org