Translocations are essential to ensuring the survival of elephant populations – Malawi shows us how.

As Africa’s human population surges, increasingly encroaching into remaining elephant rangelands, the battle for space is fast becoming one of the biggest challenges for both elephants and people. To safeguard elephant populations, prevent loss of biodiversity and protect the needs of communities, elephant translocations are becoming one of the most effective solutions. 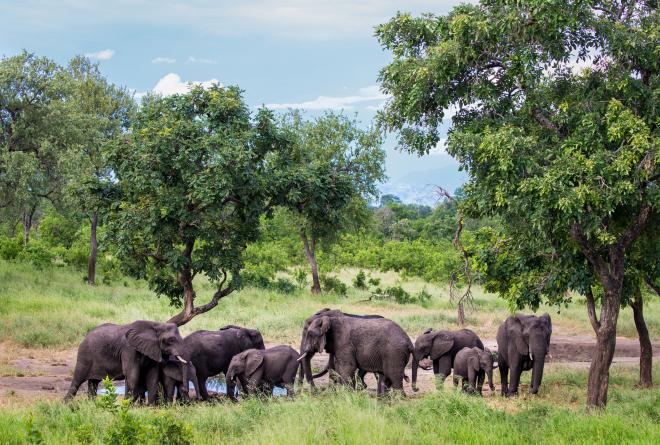 Elephants are a keystone species and play a vital role in maintaining the biodiversity of the ecosystems in which they live as well as other species within their range. But when elephant growth numbers are left unchecked within park boundaries, they can rapidly reduce the natural integrity of a protected area and encroach into human settlement areas where conflict arises.

Combined with community engagement and socio-economic initiatives, translocations create a significant positive impact in growing Africa’s elephant population, giving the future of elephants in an imperfect world the best chance it has.

In Malawi, conserving elephant populations while meeting the needs of people forms a major part of the country’s overall biodiversity conservation approach. Buffered by Tanzania in the north, Mozambique in the south and east and Zambia to the west, this tiny country is making bold and progressive steps in the name of elephant conservation.

Thanks to sound conservation management, Malawi’s elephant numbers are increasing exponentially. But despite hosting some of Africa’s most successful national parks, Malawi’s protected areas lie fragmented from each other - meaning its elephants can no longer migrate naturally. In this case, translocations become a vital part of the country’s elephant management strategy to simulate the natural occurrence of migration from areas where large numbers occur, to areas where there are unviable elephant populations. 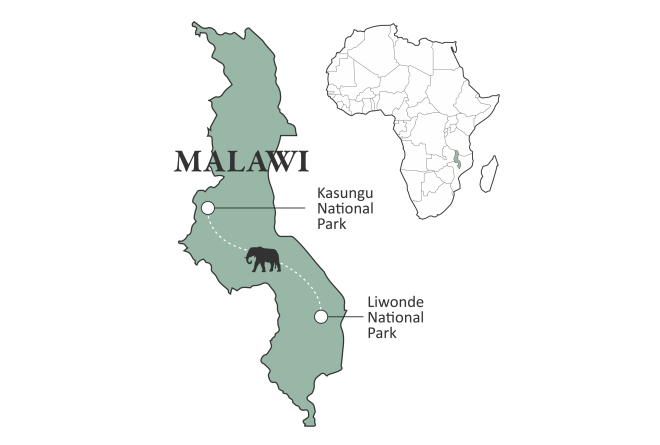 After three years of planning, and over a one-month period, African Parks, in partnership with Malawi’s Government and the International Fund for Animal Welfare (IFAW), moved 263 elephants from Liwonde National Park in the south to Kasungu National Park in the north-west of the country.

Liwonde’s elephant numbers had swelled to almost 600 elephants, impacting on the park’s biodiversity and increasing the risk of human-elephant conflict situations in surrounding villages. The result of this challenging and massive move will alleviate elephant pressure in and around the park while creating a viable population in Kasungu where, until now, only 120 elephants existed.  At 2,100km2, Kasungu is the second largest national park in Malawi and is four times the size of Liwonde.

As icons of the African continent, elephants are also a major tourist attraction. By adding to Kasungu’s numbers, the parks’ value as a source of socio-economic stability for thousands of community members has been significantly enhanced.

How to move an elephant

Carrying out such a large-scale translocation requires a team of experts to undertake the highly specialised operation. Before the translocation can take place, a scientific assessment is undertaken to ensure moving the elephants into the new area won’t have a negative impact on the ecosystem or the elephants’ survival and that the benefit to the species overrides the risk and challenges of the move.

Keeping stress levels as low as possible is key to the overall emotional and physical wellbeing of each individual. With this in mind, it is imperative that the elephants are caught as family herds, on which they are highly dependent, and that the capture process takes place as quickly as possible. 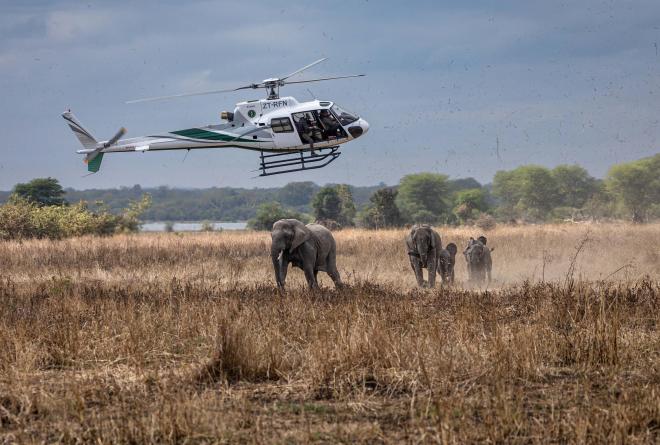 A vet darts an elephant herd from a helicopter © Frank Weitzer

Once a family herd has been identified from air, each animal is darted and then lifted one by one onto a recovery truck by crane. The adults are darted first to ensure they don’t fall on any youngsters. Unlike humans, elephants lack a pleural cavity and their lungs are directly attached to the walls of the chest cavity which reduces the lung’s ability to inflate when negative pressure is applied. For this reason, the safest method of hoisting an elephant is by its feet, except for large bull elephants, which are lifted upright to avoid the risk of the extra time it takes them to stand up, due to their immense size.

Once on the recovery truck, the elephant is awoken in a specially-built ‘wake-up crate’ where its encouraged onto its feet in preparation for the long drive to the new park. On arrival at their new home, the elephants are held in a boma for 24 hours before being released into the park, where they are continuously monitored via satellite collars which are fitted during the capture process.

There are always risks involved with elephant translocations. For people, there is the risk of increased human wildlife conflict in the new areas to where the elephants are moved. When elephants are moved to transfrontier parks, such as Kasungu, some corridors are available for elephants to move freely to adjacent protected areas to ensure natural migration can take place. To reduce this risk of human elephant conflict in these situations, areas with high human density are fenced and maintained, while sensitisation efforts to educate local communities around the risks of living near elephants are prioritised.

For elephants, some may have underlying health problems that are not obvious to the eye, such as heart conditions, and these can be exacerbated by the general anaesthetics that are administered for the translocation. If not handled timeously, this can lead to death. If it’s evident that an elephant is struggling prior to departure, it will be removed from the truck along with its family herd and an alternative herd will be captured instead. There is also the risk of elephants falling and hurting or trapping themselves or calves. To prevent this, the animals are closely monitored once the reversal drug has been administered to ensure they are upright and standing in the truck, before their calves are able to join them.

A history of successful elephant conservation

Translocating 263 elephants to Kasungu National Park is not the first time Malawi has moved large numbers of elephants. For almost 20 years the country has been engaged in active conservation methods which also incorporates the livelihoods of people. In 2003, the Malawian Government invited African Parks to manage Majete Wildlife Reserve in the south of the country. At that time the reserve delivered almost no benefits to surrounding communities, aside from being a source for unsustainable and illegal use of wildlife as a food supply. Over 140,000 people were living around the park and not a single elephant remained – all had been hunted out. 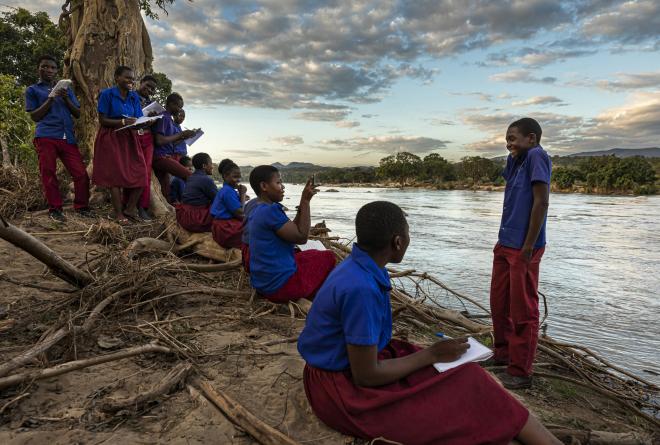 African Parks immediately established an effective law enforcement strategy, launched community development initiatives, and secured the park’s borders with adequate fencing to reduce human wildlife conflict. In 2006, with the support of Malawi’s Government, elephants were reintroduced back to Majete. Since then, through the park’s existence, hundreds of jobs have been created, supporting thousands of community members and not one elephant has been illegally hunted from the reserve.

But large-scale wildlife relocations such as Malawi’s elephant translocations are only possible when there is sufficient coordination between governments, recipient parks and all stakeholders.

Despite the challenges and the costs of these massive moves, elephant translocations provide significant long-term benefits for the species by augmenting unviable populations, creating genetic diversity and safeguarding the ecosystems on which they and other species depend.  At the same time, the livelihoods of people who live alongside elephants, are protected when human-elephant conflict is reduced, while managing elephant numbers in an area creates socio-economic benefits through wildlife tourism.

This World Elephant Day, will you help us continue to secure a future for one of Africa’s most iconic species?