The emphasis on elephants

Elephants are a keystone species, which means they play a pivotal role in engineering the structure of plant and animal communities within their habitats. While this is normally to the benefit of the environment, degradation takes place when populations are too dense and when migration is restricted. As Malawi is a densely-populated agro-based country, lacking the necessary ecological corridors that allow for natural migration, elephant populations within protected areas need to be carefully managed to mitigate adverse effects on both the habitat and the surrounding local communities.

The urgency for Malawi 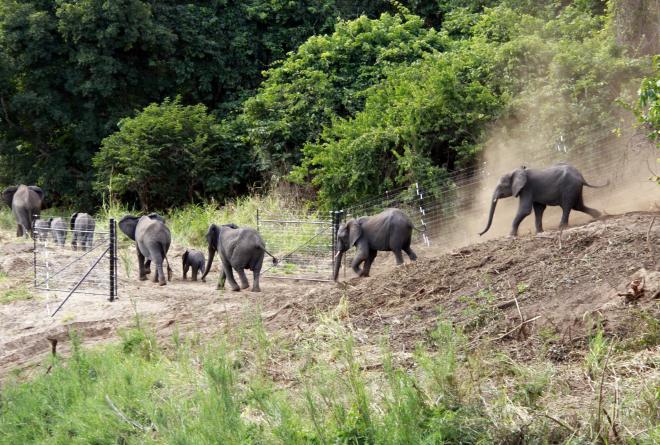 Liwonde National Park and Majete Wildlife Reserve, located in southern Malawi, are considered to be ‘source populations’ for elephants. In consideration of the size of the parks and the availability of natural resources, both parks are near to capacity, with approximately 800 elephants in Liwonde and 400 elephants in Majete prior the the start of the 500 elephants initiative. The density of these populations is resulting in the degradation of wildlife habitats and high levels of human-wildlife conflict, largely deriving from crop-raiding elephants, and the degradation of habitats.

Malawi represents a unique scenario in that it contains two ‘source populations’ and Nkhotakota Wildlife Reserve, which is a viable ‘sink’ habitat for surplus elephants. The reserve is a natural habitat for the species, containing sufficient resources to support a large herd of elephants and other animals. Twenty years ago, prior to the current depletion of game, approximately 1,500 elephants populated Nkhotakota; prior to the translocation, fewer than 100 remained. Since African Parks assumed management in 2015, we completely overhauled law enforcement and anti-poaching measures, as well as invested heavily in improvements to park infrastructure, making this reserve now safe for the elephants and other species to be reintroduced.

Following the translocations, Nkhotakota is revitalised as a wildlife sanctuary, restoring healthy population dynamics among key species in all three reserves. Additionally, the return of the elephants to the park marked its establishment as an important ecotourism attraction, through which tourism revenue flowed and employment opportunities opened to the direct benefit of local communities. By restoring biological value to these parks, and managing them correctly with our government and tourism partners, both their economic and intrinsic value was made more tangible for local residents to whom the parks belong as part of their natural heritage. Through these restorations, Malawi gained three globally iconic protected areas for wildlife tourism.

The urgency for Africa 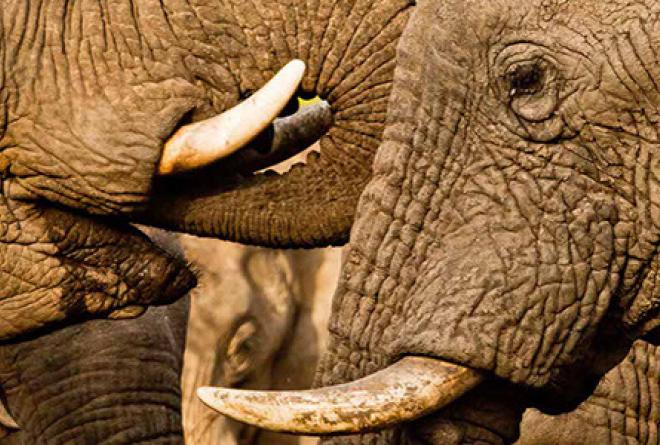 Under mounting pressure from poaching, habitat loss and human-wildlife conflict, the African elephant is being rapidly exterminated in many parts of the continent. Numbering more than 10,000,000 a century ago, recent census results indicate they have been reduced to fewer than 450,000. With as many as 40,000 elephants being poached every year to feed the insatiable demand for ivory, their rate of offtake now outstrips their birth rate, threatening their long-term future. Few positive tales emanate from elephant conservation in Africa; “500 Elephants” is a story of hope and possibility, and of survival.

Liwonde National Park is a small yet biologically rich reserve and has been managed by African Parks since 2015. It is 548km2 of floodplains, lagoons and woodlands that together support over 400 bird species and the largest population of remaining elephant in the country, comprising approximately 800 individuals.

Majete Wildlife Reserve in Malawi’s lower Shire Valley measures 700km2 and is the country’s greatest conservation success story. After years of rampant poaching, African Parks assumed management in 2003, and through community collaboration, animal reintroductions and anti-poaching measures, has restored its biological integrity making it Malawi’s only Big Five reserve. Elephants were reintroduced in 2006, along with a host of other species including rhino, lion and leopard – today approximately 400 elephant exist in the park.

Nkhotakota Wildlife Reserve is 1,800km2, and stretches from the Great Rift Valley to just shy of Lake Malawi. Its miombo woodlands and Afromontane forest cloaking Chipata Mountain are a globally significant ecological treasure. Although now biologically depleted, African Parks, having assumed management in 2015, is committed to restoring the reserve’s biodiversity through the reintroduction of key species translocated from source populations in the other reserves. Twenty years ago, prior to depletion through poaching, elephants flourished in Nkhotakota, numbering over 1,500 animals.