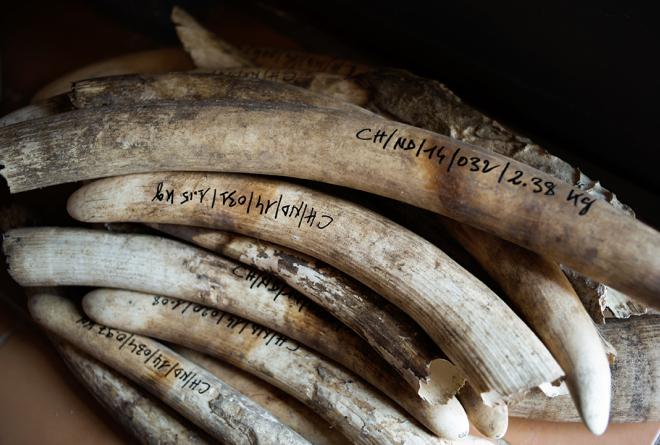 Garamba is situated in one of the most hostile areas in Africa. This is largely due to a challenging combination of armed poachers and various terrorist and guerrilla groups, all of whom view the wildlife in Garamba as a way of supporting themselves through the ivory and bushmeat trade. The park also shares nearly 300 km of its border with war-torn South Sudan.  Our efforts are numerous, and their impacts transformational. Our rangers are regularly the only stabilising force in the region and the only lifeline for both wildlife and people. They not only risk their lives protecting elephants but are often the first and only responders to rescue or evacuate people affected by various armed groups. Through our efforts, neighbouring communities are finally experiencing improved livelihoods and opportunity as peace and civility slowly return to this corner of the world again. 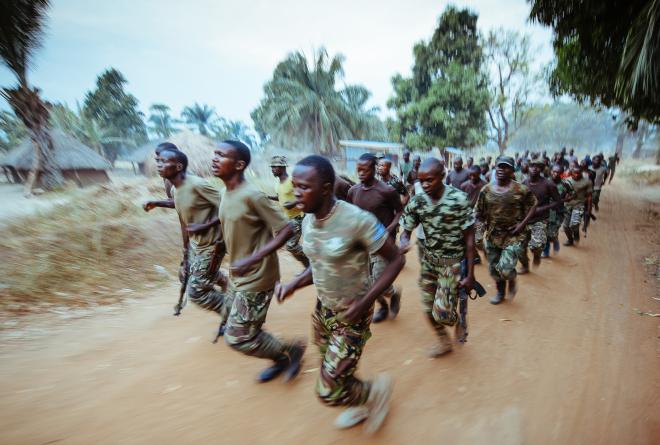 © Warren Smart
Park rangers are better equipped as a result of expert training.

Garamba’s rangers have undergone rigorous training by African Parks’ in-house training facilitators who standardise law enforcement training programmes within the organisation. The majority of Garamba’s Ranger force has undergone advanced tactical and investigative training, which includes improved handling of incidents, evidence collection, case handling, and the legal aspects of law enforcement. In addition, a paramedic was fully employed in 2017 and 14 of the rangers were provided with medical training, allowing management to deploy an emergency response team to incidents when necessary.

To aid our anti-poaching efforts and help significantly with detection of illegal wildlife product, six anti-poaching dogs, selected for their tracking capabilities, arrived in Garamba in January. The dogs, along with six rangers, underwent a four-month training course as well as refresher courses under the guidance of our specialist training partner, Invictus K9. 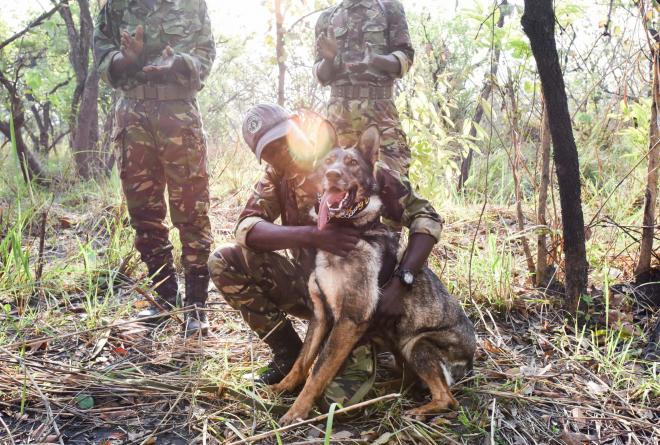 Garamba’s 280 rangers are instrumental in providing security both within and around the park, for wildlife and people. In 2016 we redefined Garamba’s history, stained by conflict, through the implementation of an extensive law enforcement strategy. Through our measures and the support of critical donors, a heightened level of professionalism along with increased security measures were afforded to the rangers, local staff, and communities within the Garamba complex. These factors helped shift the conversation around Garamba from ‘what it was’ – a tale of loss and bloodshed - to ‘what it could be’  - a safe place that provides for civility and hope for wildlife and people.

Since implementing this new strategy in 2016, elephant poaching has dropped by 90%; not one ranger has been killed in action by armed poachers in two years; we were able to begin implementing a responsible Sustainable Development initiative in 2018 that will impact more than 100,000 people living around Garamba; and launch seven mobile health clinics which serviced more than 3,260 people in 2019. Garamba’s story is no longer about dead elephants, nor is it about armed rebel groups destabilizing the region for innocent civilians. Garamba’s story today is about how in the face of adversity, it has been reinvented into a landscape that serves as a centre of excellence, innovation, and for the first time in decades, hope.