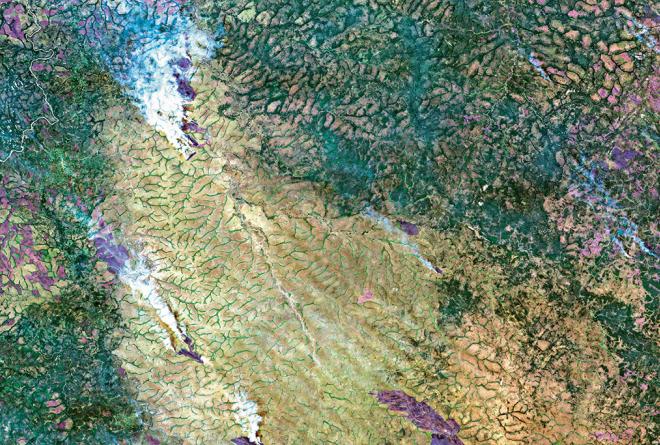 To address the immense poaching pressure, African Parks has overhauled law enforcement since 2005, investing extensively in equipping and training park rangers, communications systems, infrastructure, and in establishing intelligence networks and working with local communities around Garamba. In 2015, the potential role of satellite earth observation to contribute valuable anti-poaching information led African Parks to collaborate with the European Space Agency in the EO4Wildlife project. The objective was to evaluate how new satellite technology could contribute to African Parks’ monitoring of the park, and planning and implementation of anti-poaching efforts within its vast area. Monitoring efforts utilising only ground and aerial patrols face enormous logistical and security challenges.

In 2014 and 2015, the European Space Agency launched two open data satellite missions as the first part of the Copernicus programme to respond to the challenges of monitoring the global environment. Both satellites, Sentinel 1 and Sentinel 2, are revolutionary in terms of spatial resolution, and frequent repeat coverage over a wide area. The commercial radar satellite TerraSAR-X and optical satellites such as Pléiades and SPOT-7 from Airbus Defence and Space offer even higher spatial resolution http://www.intelligence-airbusds.com/.

Technical consultants from Hatfield Consultants, Airbus, and Pink Matter Solutions worked with African Parks to provide up-to-date baseline land cover and habitat maps, savannah fire detection and fire scar mapping, and ongoing change detection services. These showed potential to provide valuable information for planning the deployment of ranger patrols and to contribute as a force multiplier. Monitoring of fires and land cover change within the park can reveal areas that should be investigated based on suggestions of human activity and patterns of movement within and around the park.

“African Parks found the EO4Wildlife opportunity to be most valuable in using satellite earth observation to monitor high risk environments from space and provide highly accurate information to inform ranger patrol activities in potentially threatening situations.” said Carien Soldatos, GIS Coordinator at African Parks Network. “The land cover product showed enormous promise as an invaluable resource for patrol planning, monitoring of wildlife movement patterns over time, infrastructure planning and to support risk maps. Fire alerts can improve safety of rangers in the field and highlight suspicious poaching activities in areas which are difficult to patrol, providing a potentially powerful contribution to law enforcement efforts.” African Parks is looking to expand the use of satellite earth observation technology to other parks in Africa.