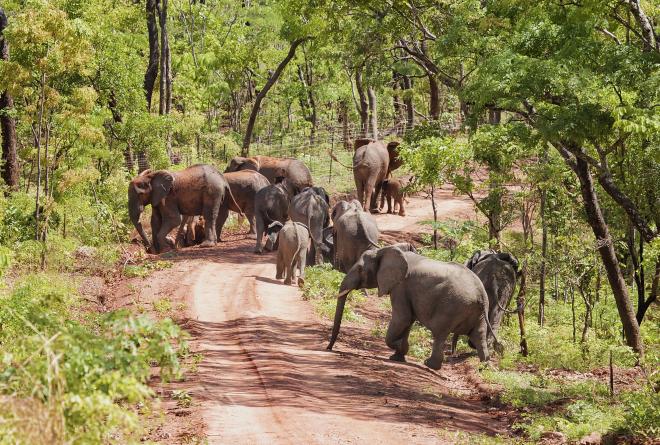 Working alongside the local communities is essential for the long-term success of the reserve, especially because there are more than 300,000 people living within five kilometres of the reserve boundary.

Given the need to secure the area and prevent human-wildlife conflict, fencing was a top priority. Conflict with local people over the reserve boundary and fence line was a challenge at first and was the main focus.

Stakeholder meetings were held with surrounding villagers, their Headmen and Chiefs, in order to provide them with information on the fence route, why it was being implemented, how it would be used and the benefits of having the fence in place. While there were 83 documented human-wildlife conflict situations in 2016, this was a 50 percent decrease from 2014. As the fence continued to provide protection for communities, they began to welcome the fence boundary. This, combined with improvements to local resources such as boreholes, created a relatively positive community environment, and it is hoped that this will continue through the remaining two years of fence construction. 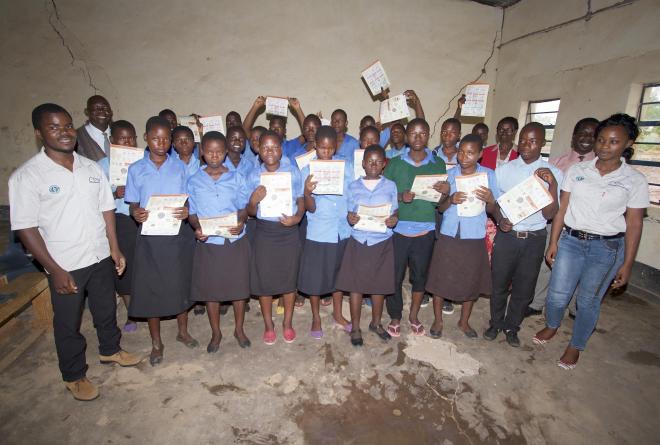 The reserve’s firearms amnesty programme continued to see encouraging results, with firearms being handed over by local people to Nkhotakota’s Community Extension and Law Enforcement Teams in exchange for a small monetary incentive. Communities, from the western and northern sections of the reserve also collaborated with our rangers to help collect snares, clear hectares of marijuana, and bury pitfall traps.

With education as a priority for local communities surrounding the park, a scholarship programme was

initiated for orphaned and vulnerable children. This programme pays school fees for students to support them in continuing their secondary school education.

Nkhotakota Wildlife Reserve introduced a community radio programme on the Nkhotakota District Community Radio to engage local communities about the reserve, wildlife, wildlife crime, human-wildlife conflict, the boundary, and other topics. This provided an important platform to communicate messages about the value of conserving wildlife and the related benefits for communities.