When African Parks assumed responsibility of Majete Wildlife Reserve in 2003, it was nearly devoid of all wildlife and was in the process of being denuded of its trees through the charcoal trade. Since then, it has become a case study for positive conservation development, with a pioneering rehabilitation and reintroduction programme that has set a precedent for similar projects across Africa. 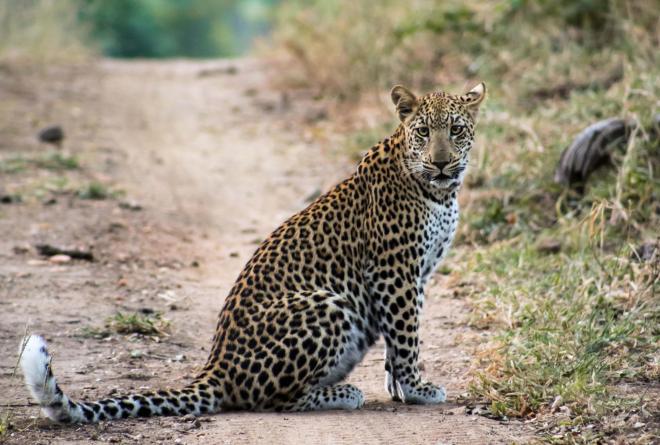 © Anel Olivier
A leopard in Majete.

By the early 1990s almost all wildlife, including elephants, lions and sable, eland, had been exterminated from Majete. All that remained were a few antelope. After overhauling law enforcement and engaging with communities, we were able to start restoring the ecosystem. Major reintroductions of iconic species began with black rhinos in 2003. Elephants followed in 2006, lions in 2012, giraffes in 2018, cheetahs in 2019 and most recently wild dogs in 2021. Overall, we have brought in more than 5000 animals from 17 different species, making this budding reserve one of only two Big Five destinations in Malawi.

Herbivores: Kudu, hippo, reedbuck, common duiker, bushbuck, Sharpe’s grysbok and suni were among the few species of antelope remaining in the reserve. A number of other species have been reintroduced in Majete, including elephant, black rhino, buffalo, eland, sable, waterbuck, nyala, Lichtenstein’s hartebeest, zebra and impala.

Predators: Of the large carnivores, only the spotted hyaena was still found in the region by 2003, with other species such as lion and cheetah having been exterminated many years prior.

Once Majete was restocked with sufficient numbers of prey species to support predators, the large carnivores were reintroduced. Starting with leopards and lions in 2012, followed by cheetah in 2019 and wild dogs in 2021. Majete now once again has the full suite of predators that were originally found here. These translocations form part of the Malawi Predator Metapopulation Management Plan, a collaborative effort between the Government of Malawi and African Parks to restore and manage predators across Malawi. Regular sightings of these large carnivores throughout the reserve consistently delight the growing number of tourists visiting Majete.

Majete has been such a successful story of restoration, that now it is in a position to assist with the restocking and genetic supplementation of other parks. Black rhinos, elephants, lions, and cheetahs are among the species that have since been translocated from Majete to other reserves around Malawi.

Over 300 avian species are found in the park. These include several raptors, four vulture species, and a large population of bateleur eagles. From July to November, the park witnesses a plethora of migratory birds, including skimmers in the riverine areas, and the diminutive, yet beautiful rock pratincole. 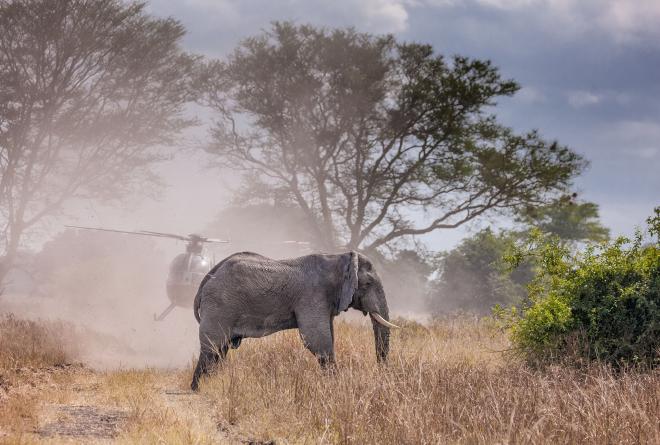 © Frank Weitzer
A bull elephant is tranquilised by helicopter during the 500 Elephant translocation.

500 Elephants on the move in Malawi: When African Parks assumed management of Majete in 2003, all of the elephants had been hunted out. Elephants were reintroduced in 2006 and by 2015, the population had grown to over 400 individuals. This placed immense pressure on the reserve’s habitat and so, over a period of two years, 150 elephants were translocated from Majete to Nkhotakota, as part of the 500 Elephants Project - one of the largest elephant translocations in history. The elephant translocation was extremely successful in relieving pressure on natural vegetation in Majete, while at the same time restoring the elephant population in Nkhotakota.

Giraffe Reintroduction: In 2018, 13 giraffe were safely released into Majete Wildlife Reserve. Nine of the giraffe came from a private reserve in South Africa, taking a 2,500km road trip to reach their new home. The remaining four giraffe came from nearby Nyala Park in Malawi. An additional 10 giraffes from South Africa were brought to Majete in 2021, to further supplement the population. The introduction of giraffe has enriched the reserve’s biodiversity, and enhanced the tourism experience.

Cheetah Reintroduction: In 2019, five cheetahs were translocated from reserves in South Africa to Majete, bringing this iconic species back to Majete after several decades of absence from the area. After a few weeks in a boma to adjust to their new home, the cheetahs were released into the larger reserve.

Since 2019, twelve cheetahs have been introduced to Majete in an attempt to create a self-sustaining population base. After some initial setbacks, with the loss of four of these cheetahs to natural causes, the population is now growing on its own. In 2021, three male cheetahs were translocated to Majete from South Africa to boost the genetic viability of existing populations, and we welcomed the first litter of cubs born in the reserve.

African Wild Dog Reintroduction: In 2021, six wild dogs were translocated from Mozambique to Majete. The last confirmed sighting of wild dogs in Majete had been in the 1950s and there had been no stable population in Malawi for decades. For Majete this marked the moment the historical large carnivore guild was restored.

The pack of wild dogs, three males and three females, have settled into their new home quickly and are popular sightings in the early evening when they can often be spotted trotting single file along the road preparing to hunt. We expect the pack to den and produce their first litter in early 2022.