Situated in southern Malawi, ancient baobabs and lofty Borassus palms preside over Liwonde’s small yet vibrant landscape of dense woodlands, lagoons and fertile floodplains. Despite having sustained high levels of poaching over the past few decades, this ecosystem remains highly productive, sustaining over 400 species of birds, one of the largest elephant populations in the country, and a flourishing population of plains game mammals. The restoration of key species is re-establishing Liwonde as one of the country’s iconic wilderness areas.

Liwonde boasts robust populations of numerous species including over 1,000 buffalo, nearly 2,000 hippos, almost 600 elephants, and 7,000 other game animals. Predators are an important part of a healthy ecosystem and we have reintroduced species that have been missing for decades. We brought in founder populations of cheetahs and lions to join the previously only remaining large predator, the spotted hyaena, which number about 25. 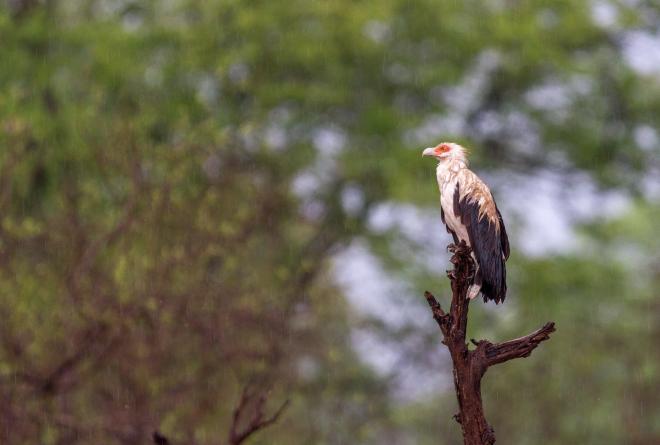 Liwonde hosts over 400 species of birds, including healthy populations of white-backed vultures, lappet-faced vultures, and ground hornbills. The vultures, in particular, were entirely absent from the park when we assumed management in 2015. After a series of carnivore reintroductions, and the return of game carcasses from their feed, vultures reappeared in Liwonde. Since the return of the cheetah in 2017, we had been more than 230 different sightings of at least six different species – four of which are critically endangered. African white-backed vultures are the most common with hooded and lappet-faced appearing seasonally. In 2018, the first Rüppell’s vulture was sighted in the park, an endangered species with few strongholds in southern Africa. Vultures are positioned at the top of the food chain and are therefore a good indicator of the environment’s health as well as providing essential ecosystem services including disease control.

500 Elephants on the move in Malawi: When African Parks assumed management of Liwonde National Park in August 2015, plans were immediately made to prepare for one of the largest elephant translocations in history. This involved moving 500 elephants from Liwonde and Majete to help reduce pressure on Liwonde and to repopulate Nkhotakota Wildlife Reserve. In 2016 African Parks successfully translocated 261 elephants from Liwonde to Nkhotakota. And another 270 elephants were later translocated from Liwonde to Nkhotakota in 2017. The elephant translocation was extremely successful in relieving pressure on natural vegetation and reducing human-wildlife conflict in Liwonde, while also restoring the elephant population Nkhotakota. 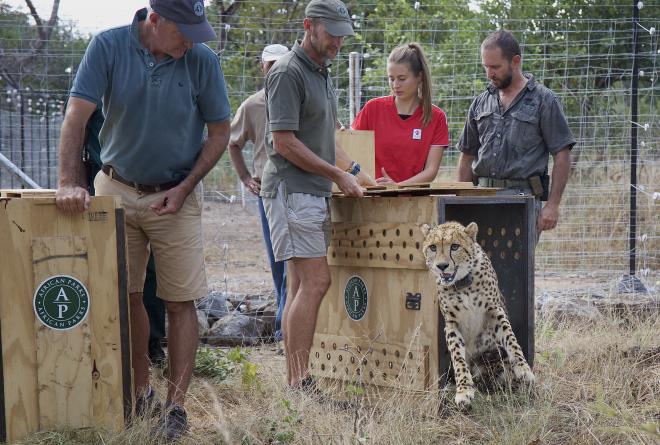 © Frank Weitzer
Cheetahs were reintroduced to Liwonde in 2017.

Cheetah reintroduction: Cheetahs were translocated from South Africa to Liwonde National Park in 2017, returning the threatened species to Malawi. It has been at least twenty years since its extirpation in the country and close to a century since cheetahs were documented in the park itself. The reintroduction of cheetahs to Liwonde is another extraordinary story of progressive and optimistic wildlife conservation in Malawi. Proof of their adjustment to Liwonde can be seen by their rapid population increase with a current total of 17 individuals now.

Lion reintroduction: In 2018, 10 lions were translocated from South Africa and Majete Wildlife Reserve to Liwonde, decades after a breeding population was last present. While the lions haven’t yet bred, they have adjusted well to their new home and the population is expected to increase.

Rhino translocation: In one of the largest international black rhino translocations to date, in November 2019 we successfully moved 17 black rhinos from South Africa to Liwonde National Park in Malawi. These individuals not only boost Malawi’s black rhino population but also aid regional efforts to conserve the critically endangered species.

Elephant translocation: 263 elephants and 431 additional species of wildlife will be translocated from Liwonde National Park to Kasungu National Park in Malawi in 2022.  The goal is to maintain healthy habitats in Malawi's national parks, establish viable elephant populations, and ensure the prosperity of local communities.