Liuwa Plain National Park in Zambia has one of the oldest conservation histories in Africa, dating back to the 19th century where the King of Barotseland, Lubosi Lewanika, appointed his people to be the custodians of the park and its wildlife. They maintain that sentiment today. With an estimated 10,000 people legally living within the park, Liuwa is a prime example of how people and wildlife can co-exist and benefit in a shared landscape. Through ongoing community engagement and integration, Liuwa has contributed to uplifting the community’s social economic status with employment and tourism revenue, while at the same time helping to renew people’s feeling of custodianship for the landscape once again.

In 2019, Liuwa employed 127 full-time staff, 95% of which were local people fulling in a range of roles, including village scouts and park administration. Two members of the Barotse Royal Establishment are present on the African Parks Zambia board to provide a voice for the people regarding governance and decision making. 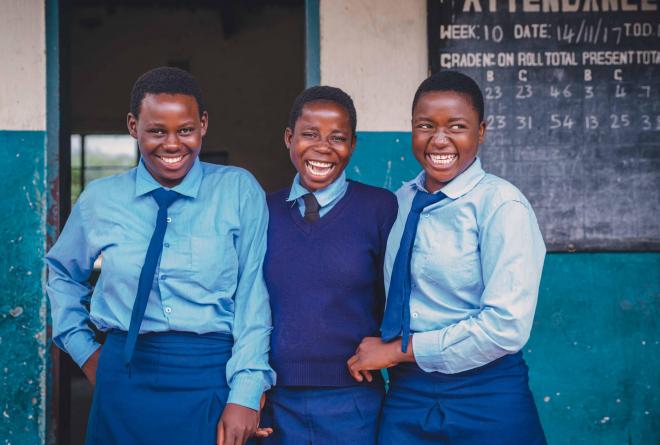 Through Liuwa’s Environmental Education Programme (LEEP), conservation clubs have been established in several schools in and around the park, with the objective of increasing environmental awareness and highlighting opportunities to improve livelihoods through tourism and conservation. The park also has a school sponsorship programme that provides bursaries and covers the costs of schooling and boarding fees, along with textbooks, extra learning material, and uniforms. The park also trained teachers in the use of ZeduPads, an educational pre-loaded tablet, to improve the teaching process and information exchange for students in rural areas. The park has also built new classroom blocks and teachers’ housing. Today, over 200 children have received scholarships, and more than 4,000 local farmers have benefited from skills training and human-wildlife mitigation tools.

African Parks makes monthly payments to a Community Development Fund established by Liuwa Plain National Park. The amount is directly linked to the degree of poaching occurring in the park, with larger sums being awarded in acknowledgment of effective anti-poaching efforts by a community. Proceeds from the fund are used for projects chosen by the communities themselves and have included canoes for transport, building materials for school buildings, teachers’ houses and rural health clinics, and equipment for clearing canals.  Field workers from the conservation agriculture programme with Total Landcare (TLC) were employed by African Parks in a sustainable agriculture component of the Game Changer Project, which focuses on upskilling community members to enhance food security. In addition, 23 new Farmer Field Schools (FFS), an agricultural education programme, were set up in the park, bringing the project total to 209 FFS with over 4,635 student farmers signing up to learn about conservation-based farming methods. Nearly 10,000 Land Use Plan zonation posters were distributed in community areas to increase awareness of the zone restrictions, such as grazing limitations in certain areas.

Stimulating sustainable businesses for local communities is one of the goals of Liuwa Plain National Park aims to achieve, communities have been assisted with the establishment and management of their own campsites within the park, with all proceeds accruing to them. For the third year running, BBC film crews were hosted in the park and the filming of the Dynasties Two documentary series was completed. 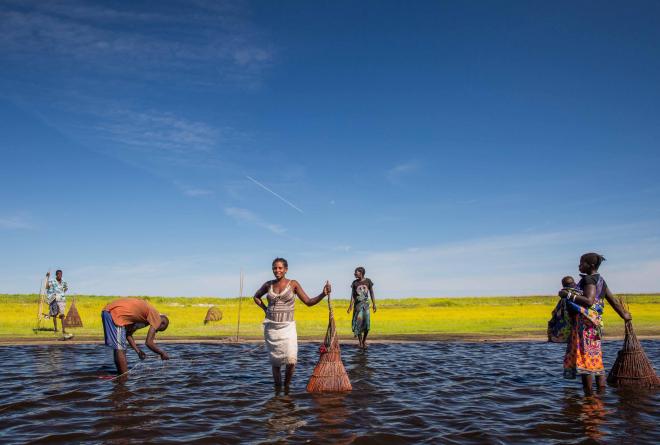 A new fisheries plan led to the introduction of regulations and a traditional fishery permit system aimed at curbing the use of illegal nets and practices. A series of meetings with local fishermen, traditional parliaments, and the local chiefs were held to clarify penalties for breaches and address the implementation of the new fishing permits for the hundreds of traditional fishing pools inside the park. In 2021, the fish-drying facility at Munde School opened for operation and 418 kg of dried fish was produced; 1,220 kg of honey, produced by 130 beekeepers, was harvested in the new honey processing facility; 215 kg of dried mango was produced and an additional fruit dryer was purchased for the drying facility.