Save the Western Lowland Gorillas

African Parks is creating safe havens for western lowland gorillas by securing protected areas where they live. Learn more about our work and what you can do to help.

Gorillas are the largest living primates. They are split into two species, the eastern and the western gorillas, and four subspecies, the most numerous and widespread of which is the western lowland gorilla. Populations can be found in Cameroon, the Central African Republic, the Democratic Republic of Congo and Equatorial Guinea as well as in large areas in Gabon and the Republic of Congo. Western lowland gorillas inhabit some of the most dense and remote rainforests in Africa making it difficult to estimate the exact number of individuals left, however estimates suggest the total population numbers around 360,000.

While the total population of western lowland gorillas appears substantial, the species has been listed as critically endangered by the IUCN as numbers are believed to be declining by 3% per year - which is a loss of over 10,000 gorillas annually. As more than 75% of the western lowland gorilla population occurs outside of protected areas, they are primarily threatened by habitat destruction, the commercial bushmeat trade, traditional medicine, and diseases. To counter these threats which are largely responsible for the annual decline in the species, we are working to create safe havens for the species by securing protected areas where they occur and reducing illegal hunting and disease prevalence.

Odzala-Kokoua National Park in the Republic of the Congo is currently the only park under our management that holds a gorilla population. Odzala is home to 7,585 western lowland gorilla’s whom we are protecting through strategic law enforcement efforts, community engagement, sustainable development and tourism.

How We're Saving the Gorillas 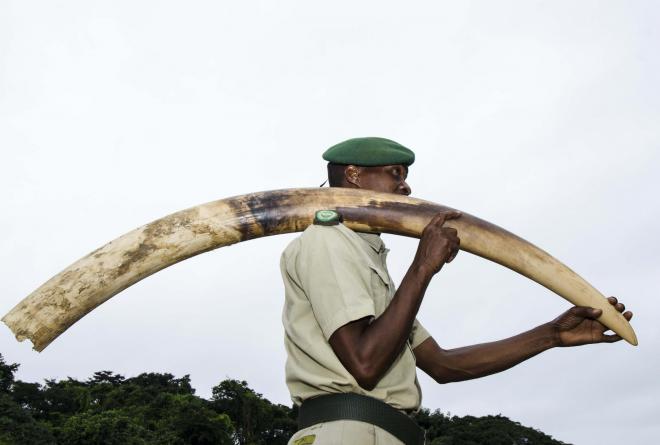 Protecting all wildlife from illegal hunting is one of our top priorities in all of the parks we manage. In Odzala-Kokoua National Park we employ 77 eco-guards who patrol on foot and by boat through the dense forest and myriad of rivers in the park; and they are making a difference. In 2020 they seized over 25 tonnes of illegal wildlife products, over 30,275 snares and made 47 arrests in fighting wildlife crime. They are responsible for protecting the park's 7,585 gorillas. 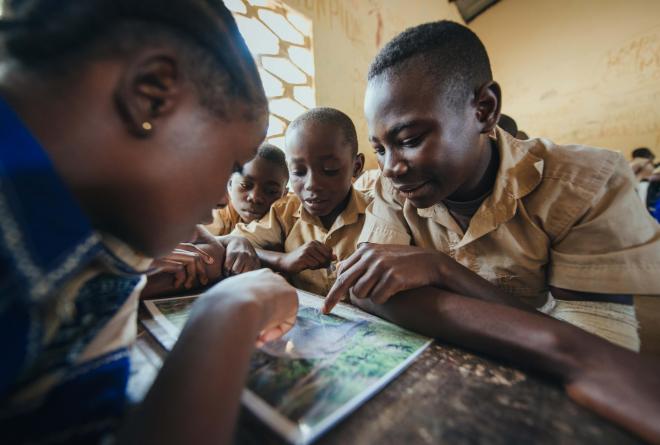 African Parks invests in education, healthcare, and infrastructure – to provide effective park management and attract tourism to the parks – all of which benefits the local communities. By helping to bring jobs, schools, healthcare and revenue to the areas around protected areas, we are creating partnerships with local communities who are buying-in to the long-term conservation of their national parks. This discourages both active and indirect assistance of those looking to illegally hunt wildlife, as they benefit directly from the parks’ presence and the high-value wildlife that live there. 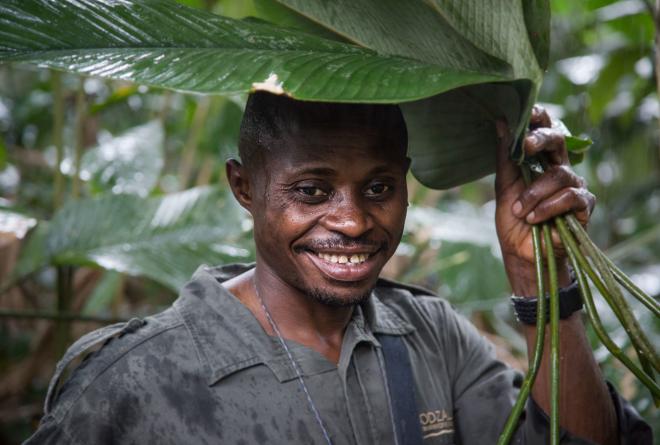 © Scott Ramsay
A member of the gorilla habituation team in Odzala.

Since 2015, there has been a research team based in Odzala focusing on the habituation (accustoming to human presence) of a specific gorilla troop. This process takes several years and has numerous benefits. From a research perspective, it allows biologists to study gorilla behaviour and spatial use of the park and it enables park management to better protect them through targeted law enforcement patrols and community engagement to reduce poaching and human-wildlife conflict respectively. Habituation of gorillas also encourages tourism to the park which in turn greatly benefits the community through employment and allows the park to continue providing protection to the species. 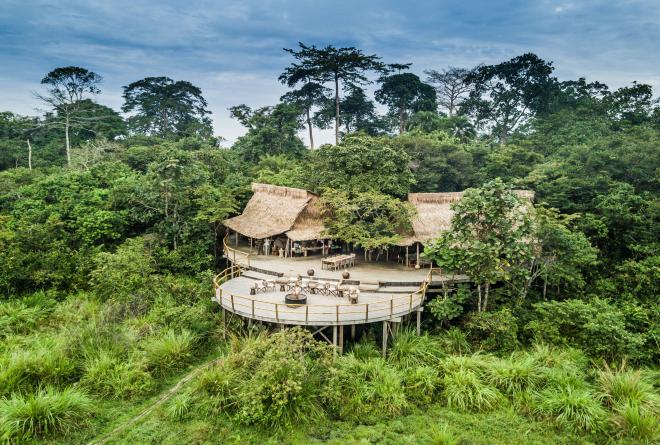 © Scott Ramsay
One of the luxuary lodges in Odzala.

Designated in 1935, Odzala-Kokoua is one of Africa’s oldest national parks. The park is situated in the heart of the second largest tropical rainforest in the world and is home to nearly 450 bird species, forest elephants and 3% of the global population of the critically endangered western lowland gorilla. For years, the park was under-resourced and plagued by rampant poaching however in 2010 African Parks entered into partnership with the Congolese government to address these challenges and help revitalize the park. A marked decline over the last several years in elephant poaching incidents and the presence of snares shows that our work is making a difference. Tourism has rebounded with three luxury lodges in the park bringing in much needed funding to the park and local communities who need it the most.