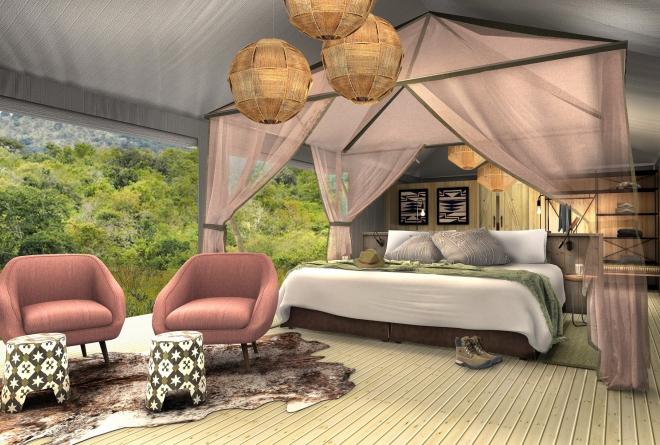 May 2018 – Wilderness Safaris will be expanding its ecotourism footprint in Rwanda by opening a new camp in Akagera National Park in mid-December 2018. In partnership with the Rwanda Development Board and conservation group African Parks the six-tented camp, called Magashi, will be situated in the north-eastern part of Akagera overlooking Lake Rwanyakazinga. The long-term funding support of The Howard G. Buffett Foundation to African Parks for the protection and development of Akagera has made this further investment by Wilderness possible.

“As we celebrate our 35thyear of changing lives in 2018, we are proud to announce this exciting partnership with the Rwanda Development Board (RDB) and African Parks, further demonstrating our commitment to pioneering sustainable and authentic ecotourism in Rwanda”, commented Grant Woodrow, Wilderness Safaris Chief Operations Officer. “This new Classic Camp will not only offer our guests an extraordinary savannah experience, but one that is strongly rooted in a core Purpose – to help conserve Rwanda’s last protected savannah ecosystem and species like shoebill and black rhino”.

The 100 000-hectare Akagera National Park is situated in eastern Rwanda, bordering Tanzania, and has been managed by African Parks in partnership with the RDB since 2010. It comprises some of the most scenic savannah in East Africa – open plains, woodlands, lakes, swamp, and grassy low mountains. The intimate Magashi Camp will be set on the shores of Lake Rwanyakazinga – home to one of Africa’s highest hippo densities, some very large crocodiles, and (hidden within its wetlands) the secretive sitatunga and shoebill stork. Akagera has undergone an incredible transformation in the last eight years where poaching has essentially been eliminated and wildlife is now thriving. African Parks reintroduced lions in 2015 after a 20-year absence and reintroduced the black rhinoceros in 2017.

Guests will be able to view a range of wildlife on expertly-guided game drives, walks and boating trips, including buffalo, lion, leopard, elephant, giraffe, spotted hyaena, zebra, topi, roan, eland and more. The Park also boasts almost 500 species of birds including the spectacular shoebill with its implausibly massive bill and the near-endemic red-faced barbet.

“There is no doubt that to date the overwhelming focus on gorillas has caused many travellers to miss beautifully scenic and productive savannahs of Rwanda. Now, with the launch of Magashi, our guests will have the ideal opportunity to combine an extraordinary gorilla experience at Volcanoes National Park whilst staying at Bisate Lodge, with a spectacular savannah safari at Akagera. Add to this the prospect of viewing chimps and other primates of the forests in the western side of the country and Rwanda offers a complete standalone high-end safari experience”, added Woodrow.

“We’re extremely pleased to be partnering with Wilderness Safaris on the opening of Magashi Camp which would not have been possible without the support of The Howard G. Buffett Foundation to African Parks in helping to protect and realise the economic potential of Akagera”, said Jes Gruner, Park Manager for Akagera National Park. “In just eight years, Akagera has become almost 75% self-financing due to tourism, which also supports surrounding communities. More than 36 000 visitors came through the parks’ entrance last year – half of whom were Rwandan nationals. This is an extraordinary recognition of the importance of Akagera and Rwanda’s natural heritage, and the role tourism plays in the long-term sustainability of this extraordinary landscape”.

This forms part of Wilderness Safaris’ vision to build sustainable conservation economies in Africa. “The opportunity to use our model of responsible ecotourism to contribute to positive conservation and community empowerment in such a unique and exciting Rwanda environment is exactly why we do what we do”, he concluded. 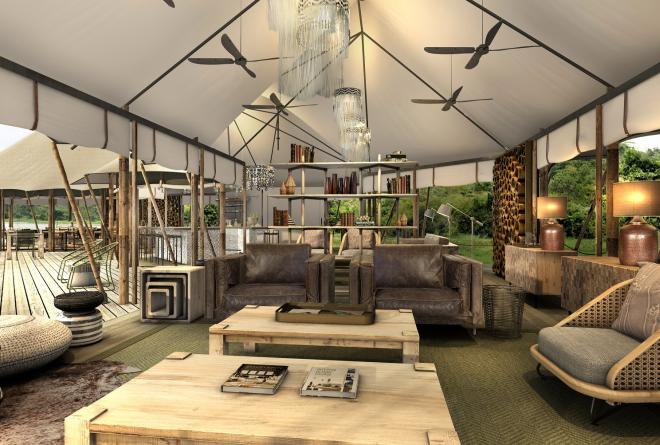 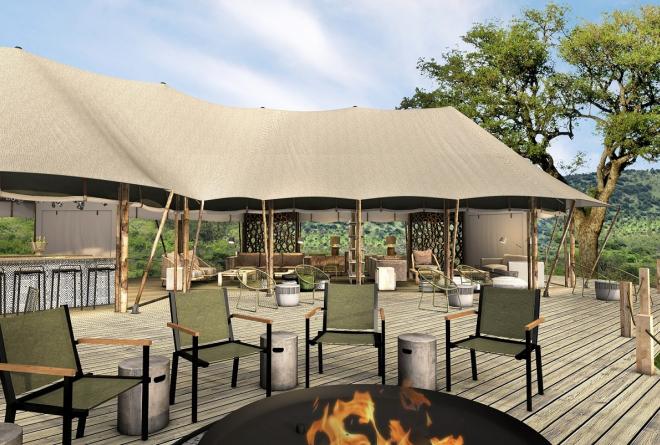