Often referred to as ground zero in Africa’s poaching wars, Garamba has seen a dramatic decline in illegal activities and elephant poaching is down by 50% 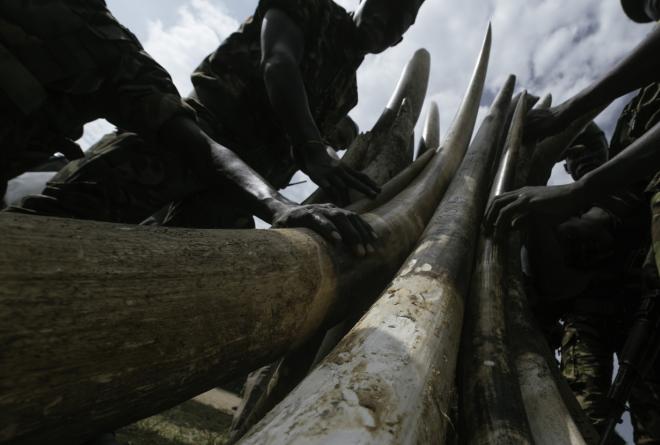 Johannesburg, South Africa: The Democratic Republic of Congo’s Institut Congolais pour la Conservation de la Nature (ICCN) and conservation organization African Parks commemorated the 80th year anniversary of Garamba National Park on Wednesday 13th of June. Garamba is one of the continent’s oldest national parks, declared in 1938, and is an extremely diverse, globally important natural landscape. The 5,133 km2 park, which is also a World Heritage Site, has been the decades-long target of militant poaching groups, including the Lord’s Resistance Army. Once home to 22,000 elephants, the Northern white rhino, and herds of Kordofan giraffe as recently as the 1970s, today there are fewer than 1,200 elephants remaining, the rhino has been extirpated, and only 48 Kordofan giraffe remain. African Parks assumed management of Garamba in partnership with the ICCN in 2005, and while poaching was curtailed compared to prior years, the park continued to lose both elephants and rangers over the past decade. However, the trajectory begun to shift in 2016 when African Parks overhauled law enforcement and implemented systems to match the level of threat, providing improved security for the park’s wildlife and surrounding communities. In just 18 months, elephant poaching has been reduced by fifty percent, and so far in 2018, only two elephants have been poached.

“The illegal wildlife trade has had devastating effects on our natural heritage, both in DRC and throughout Africa. It not only impoverishes landscapes, but negatively affects the millions of people relying on these areas as well” said the Director General of the ICCN Cosma Wilungula Balongelwa. “But seeing the emerging role a secure Garamba plays in the stability of the region, we are committed more than ever to combatting poaching and to our partnership with African Parks, which is creating a safer landscape and a brighter future for countless people and wildlife in the region”.

With vital support from the European Union, USAID, USFWS, the Wildcat Foundation, World Bank, Randgold Resources, and the Walton Foundation, Garamba’s well-trained and newly outfitted and equipped rangers, along with the integration of new technology, are gaining significant ground to secure the landscape, providing safety for vulnerable communities and wildlife. The park’s 80thanniversary was attended by His Excellence the Governor of the Haut-Uélé province, dignitaries, partners, representatives from the EU, USAID, and Randgold Resources and over 1,000 community members. The Director General of ICCN Cosma Wilungula Balongelwa and CEO of African Parks Peter Fearnhead led the proceedings, during which a symbolic quantity of Garamba’s ivory stockpile was burnt. In an official parade to commemorate this historic occasion, the park also celebrated the passing out of 50 newly recruited and trained rangers, who will join the park’s law enforcement team.

“Garamba is one of Africa’s most challenging landscapes to protect, where both people and wildlife have borne tremendous costs inflicted by heavily-incentivized militant groups and regional instability” said Peter Fearnhead, CEO of African Parks. “But the tide is turning. What we’re demonstrating here with the ICCN and our partners is that with a shared vision, political will, donor support and engagement with local communities, we can shift the trajectory of this region and are now offering a safe place for biodiversity and people in even the most extraordinary circumstances”.

Sharing 261 kilometres of its border with South Sudan, Garamba is situated in a volatile corner of north-eastern Democratic Republic of the Congo. Besides the constant threat of poaching by outside factions, the violence in neighbouring South Sudan has displaced thousands of people creating an increasing flow of refugees into the region who are dependent on the park’s resources.  However, despite these immense challenges, Garamba is increasingly recognized as an epicenter of stability serving to benefit the greater landscape.

Sustainable development and community involvement have pivotal roles in the long-term protection of Garamba. African Parks, with support from its partners and particularly the EU, is working with local communities to reduce their dependence on finite resources and realize socio-economic benefits from conservation by identifying alternative sources of income and providing education and healthcare facilities. The park is now one of the largest employers in the area, and in 2017 alone provided educational outreach to over 1,500 students and health services to more than 9,700 people.

Enlisted as a World Heritage Site in Danger in 1996, Garamba National Park is of irreplaceable natural value warranting significant efforts to secure its protection. After eighty years as a national park, spanning many losses and more recent signs of progress to restore stability, the commemoration occurs amidst growing concerns for the state of the world’s protected areas and World Heritage Sites. In 2017, thirty-six percent of World Heritage Sites were assessed as being of ‘significant concern’ or ‘critical’ in the IUCN World Heritage Outlook.

The press release is available online in French

Watch: The Story of Garamba

About African Parks: African Parks is a non-profit conservation organisation that takes on the complete responsibility for the rehabilitation and long-term management of national parks in partnership with governments and local communities. With the largest counter-poaching force and the most amount of area under protection for any one NGO in Africa, African Parks manages 15 national parks and protected areas in nine countries covering over 10.5 million hectares in Benin, Central African Republic, Chad, the Democratic Republic of Congo, the Republic of Congo, Malawi, Mozambique, Rwanda, Zambia. For more information visit www.africanparks.org,Twitter, Instagram and Facebook