The Government of the Republic of Chad Signs New Agreement with African Parks to Manage Ennedi, a Spectacular World Heritage Site in Chad

€7,7M has been committed by the European Union and the Dutch Postcode Lottery to help fund the management and restoration of Ennedi Natural and Cultural Reserve 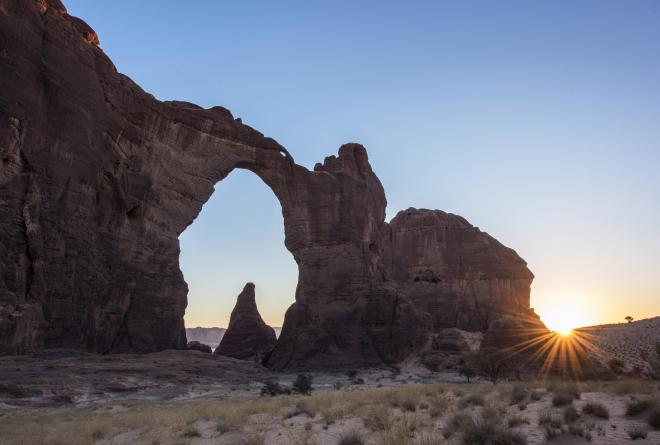 Johannesburg, South Africa: The Republic of Chad and African Parks announced on Monday 19th of February the signing of an agreement to manage and restore Ennedi Natural and Cultural Reserve, a World Heritage Site situated in the north-east of the country. An oasis of life in the Sahara, the 40,000 km2 vast reserve is a desert landscape of extremely rich cultural heritage, with records of human presence dating back over 10,000 years. On the heels of the announcement of the expanded Greater Zakouma Ecosystem made in October last year, Ennedi represents another extraordinary commitment by the government of Chad to the long-term protection of its wild landscapes. It is also the fourteenth park on the continent to come under the management of the conservation organisation African Parks, expanding their footprint to over 10 million hectares – the largest amount of area under conservation management for any one NGO in Africa.

The conservation of Ennedi under this agreement is made possible by several key partners.  The European Union has already committed €4,7M to African Parks, and it was just announced at a private event in Amsterdam, that the Dutch Postcode Lottery would also commit €3M over three years to African Parks for the management of the reserve.

“Ennedi is a unique international treasure, steeped in a rich cultural history of human presence within remarkable natural surroundings.”  Said Chad’s Minister of Environment and Fisheries Dr Ahmat Mbodou Mahamat, “The partnership aligns with our imperative to protect this ancient system, to ensure its continued outflow of benefits to people, and to create further opportunities for tourism, progressive archaeological and conservation initiatives, collaborations and local livelihood development”.

Straddling the Sahelian and the Saharan areas of north-east Chad, Ennedi Natural and Cultural Reserve is a water-rich desert ecosystem that supports a plethora of life, including a relic population of crocodiles, over 525 species of flora and at least 199 bird species which pass through on their transcontinental migratory routes. Uniquely characterised by immense rock arches, pillars, gorges and plateaus, and canyons that harbor permanent water sources creating a unique desert ecosystem, Ennedi was inscribed as a World Heritage Site in 2016. Its profound artistic and cultural heritage is rooted in its rich history of human occupation, which dates back more than 10,000 years. Ennedi is home to one of the largest significant assemblages of rock paintings and engravings bearing testament to this continuity of human presence, which to this day remains an important part of the system.  The livelihoods of two main semi-nomadic groups of herders and thousands of local inhabitants of the area and surrounding regions are tied to the availability of water, pastures and other associated benefits.

However, fifty years of intensive poaching have largely eradicated most of the wildlife that previously occurred in Ennedi. Unsustainable human activities including poaching, certain pastoralist practices, wood harvesting, unregulated vehicle activities and degradation of archaeological sites continue to threaten its natural and cultural assets. “Ennedi is an absolute global gem but requires protection to secure this historic and culturally significant landscape” said Margriet Schreuders, Head of Charities of the Dutch Postcode Lottery. “We are delighted to be able to support African Parks in their long-term management of this reserve, and to see its transformation over time to benefit both the people and the wildlife of Chad”.

The Republic of Chad and African Parks are committed to the full restoration and long-term protection of the system, and to eventually recreating a robust representation of Saharan and Sahelian biomes in Africa that are no longer found anywhere else in the entire Sahel region. To achieve this vision, African Parks will be engaging and integrating local people in the conservation of Ennedi, providing educational programmes, creating employment and establishing sustainable sources of income of which sustainable tourism will play a key role. Management priorities will also include the development of needed infrastructure, and initiating important law enforcement and conservation activities including key species reintroductions.

“This is another exemplary commitment by the Chadian Government in securing their natural resources and valuing their unique and globally important natural heritage” said Peter Fearnhead, CEO of African Parks, “Together we aim to rehabilitate an exceptionally important natural and cultural World Heritage Site for the benefit of the ecosystem and the thousands of people who rely on it.  At an extensive 40,000 km2, this is a critical landscape in which people have played an important role for over 10,000 years”.

Please click here to read the French version of the announcement. 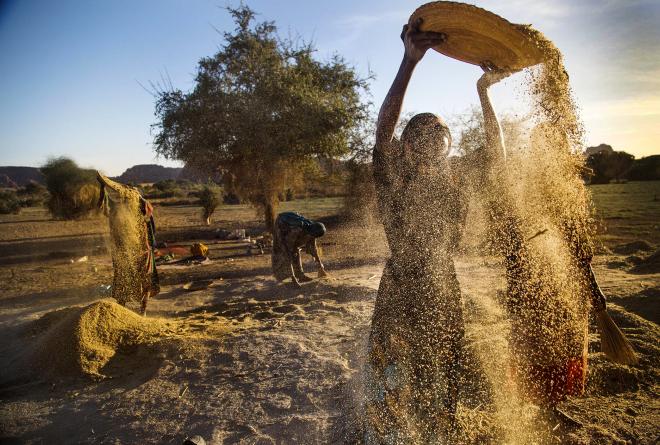 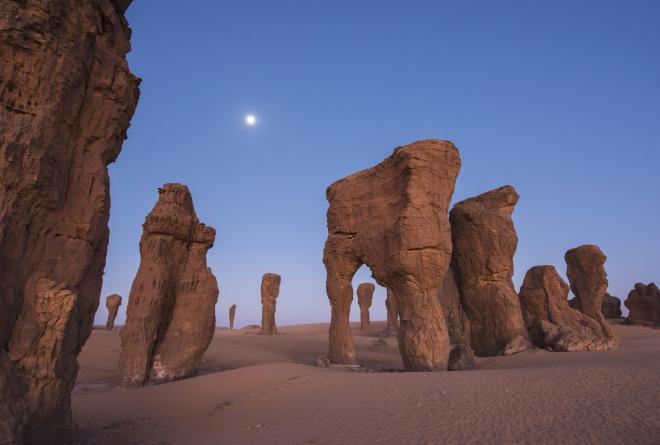 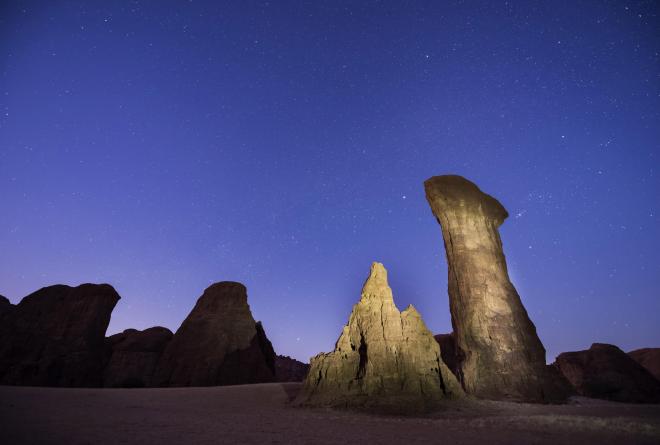