The Wyss Foundation today announced a commitment of up to $65M to the South African based conservation organization African Parks to support the protection and management of four existing parks in Rwanda and Malawi and to enable the non-profit organization to conserve up to five new protected areas yet to be identified in other countries. 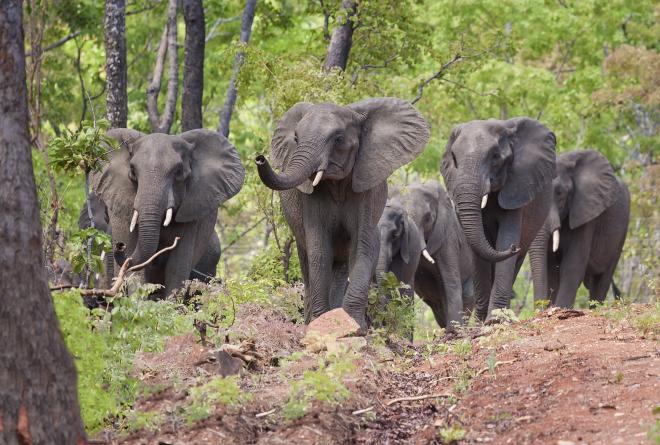 “The Wyss Foundation is partnering with African Parks to safeguard more large wild landscapes in Africa from poaching and destruction,” said Hansjörg Wyss, Founder and Chairman of The Wyss Foundation. “African Parks has demonstrated success in cooperating with local leaders, communities and African nations in preserving ecosystems benefiting wildlife, while supporting local communities and populations. We are proud of our partnership with African Parks.”

The Wyss Foundation’s gift, which is expected to extend over several years, will also enable African Parks to work to protect and manage up to five new parks; African Parks is currently developing potential park proposals in Chad, Kenya, Mozambique and Benin and is also having discussions with the Governments of Zimbabwe and Zambia.  The Wyss Foundation’s support for these new parks is in the form of “challenge grants” that will be provided, if matching funds can be raised to support the long-term stewardship of the parks.

A previous grant from the Wyss Foundation, announced in 2015, has helped African Parks bring lions back to Rwanda after they had been hunted out of existence after the genocide 20 years ago. Seven lions were reintroduced in August of 2015 and already seven cubs have been born, doubling the population and increasing tourism dramatically to the park.

The Foundation has also been a critical partner for African Parks in implementing one of the most globally significant elephant translocations in human history. Up to 500 elephants are currently being moved from two parks with a surplus (Liwonde and Majete) to a third park (Nkhotakota) that until recently had been heavily poached but has since been secured and is poised to be restocked and revived as Malawi’s premier elephant sanctuary. In addition to these elephants, more than 1,000 head of other animals, including sable antelope, buffalo, waterbuck and impala have also been reintroduced to Nkhotakota, re-establishing viable founder populations, and helping to restore the health of the park.

“It’s rare to find individuals who commit themselves so whole-heartedly and with such conviction and clarity in wanting to save Africa’s wildlife for the benefit of the people” said Peter Fearnhead, CEO of African Parks. “Our vision is to protect 20 parks by 2020, bringing up to 10 million hectares of wilderness under our management. This historic gift, and the partnership forged with the Wyss Foundation, enables us to have a conservation impact at a scale which is globally significant. We couldn’t be more grateful for this inspiring and transformational commitment to the continent of Africa”.

The Wyss Foundation, which has long supported locally-driven efforts to conserve public lands in the American West, has broadened its conservation philanthropy in recent years to support the protection of wildlife in eastern Africa, the modernization of fishery practices, and the stewardship of wild areas around the world.