Chinko – The Story of a Once Forgotten Land

Situated within the Eastern Central African Republic (CAR) Wilderness Area, which spans a colossal 107, 000km2 of the most remote and uninhabited wilderness area in tropical Africa, Chinko holds a story of revival like none other.

Today the Chinko Conservation Area (CCA) which is characterised by a mix of Congolian rainforest and wooded savannah, and dominated by the great Chinko River, is a 55, 700km2 paradise home to some of Central Africa’s most precious species, including elephants, lion, chimpanzee, buffalo, bongo antelope and the iconic giant eland.

But Chinko’s now emerging abundance, in one of the most volatile regions on earth, is not yet a decade into recovery. For nearly 50 years, this vast landscape, flanked by the Democratic Republic of the Congo in the south, Sudan in the north and South Sudan in the east, endured the onslaught of lawless exploitation by war rebels, ivory poachers and masses of armed Sudanese cattle herders. 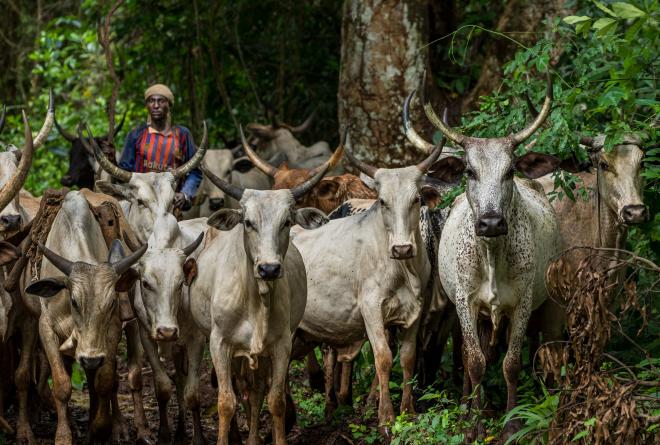 In 2014, after the height of the civil war, the Government of CAR invited African Parks to manage Chinko. At this time, only a handful of elephants remained of the tens of thousands that once roamed the region, 95% of all large wildlife had been wiped out from poaching, and vast areas had succumbed to burning by cattle herders.

“The first time I visited Chinko in 2013, during a three-hour flight, all I saw were hundreds of herds of cattle, each numbering several hundred, and not a single wild animal,” says Peter Fearnhead, CEO of African Parks.

Yet, despite the rampant poaching and ongoing impact of cattle herding, research biologist, Thierry Aebischer, who formed part of the Chinko Project founding team, believed that with its remnant populations of key species and habitats miraculously still intact, it was possible to restore and revive the unique biodiversity of the CCA - the largest contiguous ecosystem in Africa.

People as a Solution 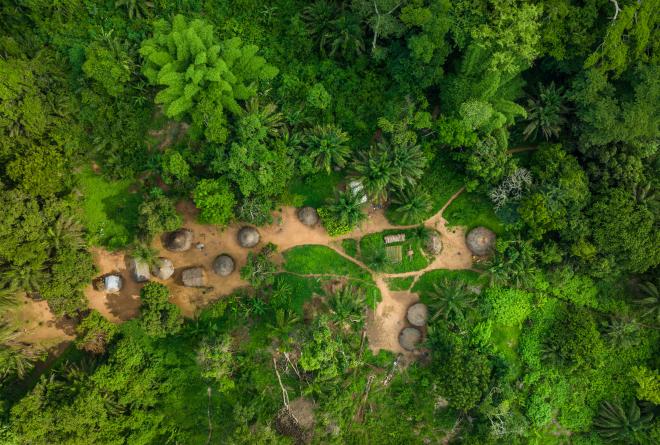 Centuries of slave trade out of eastern CAR established the region devoid of human settlement and infrastructure, and the few communities surviving around Chinko are amongst the most marginalised on the planet. Yet, to bring reform to the region, people needed to be part of the solution.

African Parks immediately established a law enforcement unit, creating employment and helping to bring security to the area. Harnessing local expertise and knowledge, former poachers and herdsmen from surrounding communities were recruited and trained as park rangers. In addition, local people were employed as part of a sensitisation programme, using resident knowledge and their understanding of the terrain, to help educate and guide cross-border herdsmen along designated corridors and away from wildlife habitats.

Community engagement in the surrounding villages became a priority and within two years, Chinko was the largest employer outside of Bangui, with over 300 locals employed by the park. Through infrastructure development, education and enterprise initiatives, trust was instilled between people and most importantly, communities started to understand the value of protecting biodiversity to enhance their livelihoods.  Slowly order, in a once lawless land, began to gain traction.

By 2016, a core protection zone of about 2,000km2 was established and within three years of Chinko falling under African Parks’ management, the cattle that once flooded the area, were now found only on the boundary. Herds of buffalo, hartebeest and groups of hippos were starting to reappear. Giant eland numbers were on the rise and signs of lions and elephants became more common as the wildlife began to re-establish itself.

But during this time a humanitarian crisis was developing as civil war in eastern CAR escalated. Villages were ransacked by rebels, forcing women and children to flee for safety. Over 380 Internally Displaced People (IDP) fled to Chinko. The park took them in and provided food, shelter, medical care and even employment. Fifteen months later, the displaced villagers voluntarily returned home with a renewed sense of security and hope. Three hundred destroyed community houses were rebuilt with the support of park management, and the community trust that evolved from the support provided during this crisis began to show tangible results. Park management and community members merged to work as an effective force in securing Chinko’s biodiversity. As result, the first Transhumance Sensitisation Officers (Tango’s), were trained and employed as Chinko ambassadors, helping to instil respect in cattle herders and pastoralists for the park’s boundaries.

As Chinko emerged from one of its most challenging times, economic support from major US and European funders remained secure so that teacher salaries could be paid, healthcare facilities established, and with employment and resources needed to manage the park, community driven markets began to appear, creating a conservation-led economy.

An Emerging Beacon of Hope

By 2020, Chinko had become a beacon of hope assisting in regional and local security. Full-time Chinko representatives were employed and stationed in key communities to build support, improve communication with herdsmen and help reduce human-wildlife conflict, so that by this time, the park’s core area had become entirely free of poaching and clear of cattle.

Despite ongoing political uncertainty, in April 2020, African Parks signed a revised public-private partnership (PPP) agreement with the Government of CAR for a further 25 years. The new mandate increased its size to include the Functional Landscape of Chinko, taking the total area under protected management to 55,700km2. With this new PPP, a contiguous formally protected area of 80,800 km2 was created, comprising Chinko, three managed hunting zones as well as two existing Faunal Reserves and a National Park.

Under the revised mandate, the Chinko River drainage area, Africa’s largest tropical drainage area with no permanent human settlement, was now being protected, safeguarding the pristine aquatic ecosystems and dozens of endemic fish species, including the goliath tiger fish.

As the area under management expanded, so did wildlife conservation efforts. Chimpanzee were documented for the first time in 2019 via camera traps. The local northern lion population increased from a few dozen in 2017 to over a hundred in 2021. Buffalo numbers began increasing annually by about 20% and the local elephant population stabilised with breeding herds moving worry-free within the parks’ core zone. Key predator species such as leopard, spotted hyena, wild dog, golden cat and caracal are now all regularly seen. 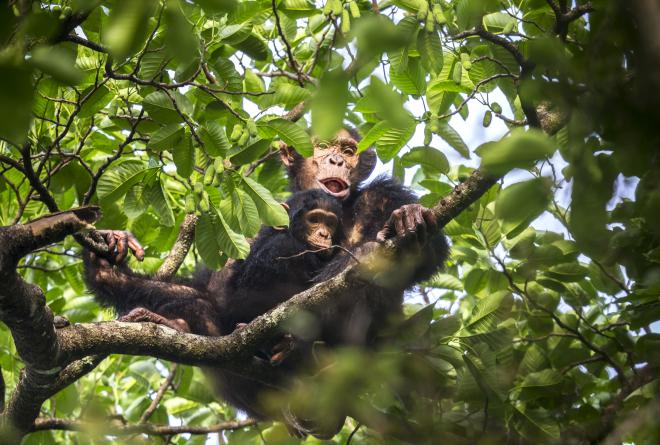 © Marcus Westberg
Chinko has become a haven for wildlife to thrive

On his most recent trip to Chinko earlier this year, Peter Fearnhead remarked on the incredible revival he witnessed from the air. “Instead of a barren landscape stripped of wildlife and dominated by hundreds of thousands of cattle, I saw a landscape in recovery. It was clearly evident that animals are returning to the region. From the air I saw yellow-backed duiker, bongo, eland and buffalo, as well as roan and hartebeest – it’s all coming back.”

Although the work at Chinko is not yet done, the transformation that has taken place in less than a decade, in the face of extreme challenges, is nothing short of miraculous. And while this mega landscape still faces the threat of unsustainable exploitation, the continuous commitment to improve peoples’ livelihoods and protect Chinko’s unique biodiversity, gives hope that this precious expanse of Africa may exist intact long into the future. And with this in mind, the story of Chinko is only just beginning.