A Message from Ranger Tizola Moyo

My name is Tizola Moyo, and I am one of the longest-standing Park Rangers at African Parks. For the past 25 years, I have spent my life protecting Majete Wildlife Reserve in Malawi.

In the 1990s my team and I were doing all we could to prevent poaching and other illegal activity, but because we were under-resourced and ill-equipped, the poachers were winning. They managed to kill almost all the wildlife in the reserve – elephants, rhinos, lions, even buffalo. Only a few antelope remained. We were often under attack ourselves, and we even lost one of our colleagues to poachers. It was a devastating period.

But I never gave up on the park.

And in 2003 things began to change for the better. That was when African Parks, on behalf of the Malawian Government, assumed management of the Reserve. They gave us the training and the equipment we needed to address the threats head on, and we were finally able to secure the Reserve. 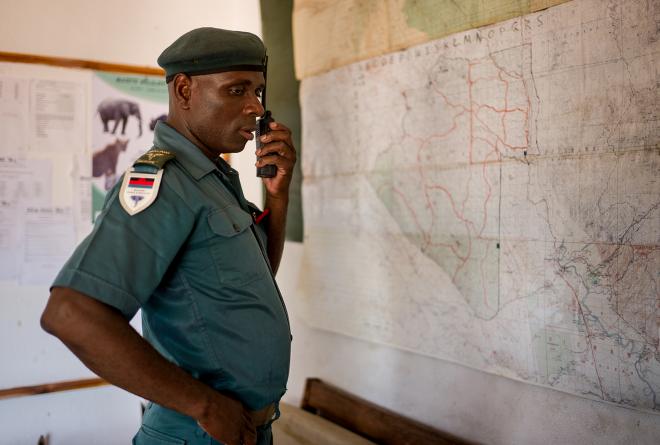 I watched as species that I thought were lost from my home forever, started to return. Since 2003, African Parks translocated more than 2,500 animals from 14 species to the reserve – including elephants, rhinos, lions, and more recently even giraffe.

We also began working with the local communities and started to deliver needed benefits to people living in the area – reducing malaria, building schools, providing scholarships, supporting local livelihoods, and as the park became more secure and wildlife began to grow, so did tourism, and employment has increased tenfold.

Majete finally began to live up to its name, as a truly protected, safe, and thriving Reserve.

In the past 15 years, our Ranger patrols and law enforcement efforts have ensured that not one elephant or rhino has been killed since their reintroductions in 2003 and 2006. And today, there are now more than 12,000 animals living within Majete. People come from all over the world to see the wildlife here, and to witness this revival. This year alone, 50% of the visitors were Malawian nationals, who like me come to marvel at our own natural heritage.

Majete is a story for the ages; it’s about possibility and hope, even when it seemed none could be found; and it’s a story about how the actions of just a few, can create such a different outcome.

P.S. If my story inspired you, you can donate to African Parks here, where every dollar goes towards protecting the parks under our management and safeguarding people and wildlife.