John Scanlon, who has served as the Secretary-General of the Convention on International Trade in Endangered Species of Wild Fauna and Flora (CITES) since 2010, joins conservation non-profit African Parks full-time to help advance their mission 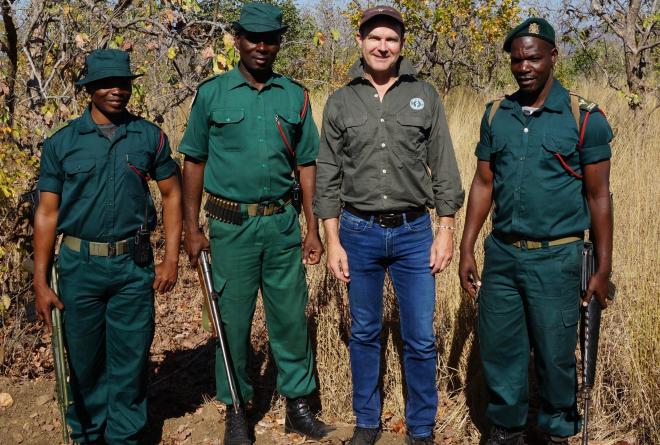 Johannesburg, South Africa: African Parks is pleased to announce that John E. Scanlon, who served as Secretary-General of the Convention on International Trade of Endangered Species of Wild Fauna and Flora (CITES) from 2010 to 2018, has today officially joined the organisation in the position of Special Envoy. In this newly created position, John will bring to African Parks decades of deep experience in championing wildlife, environment and sustainable development, from the field to the highest political levels. African Parks currently manages fifteen protected areas and national parks in Africa, spanning 10.5 million hectares and seven of the 11 distinct ecoregions, the largest amount of land under conservation management for any one non-governmental entity on the continent.

“John has driven critical progress for conservation globally and nationally, through his various roles as a leader in the environment and sustainable development fields. His tremendous depth of experience is a valuable addition to African Parks” said Peter Fearnhead, CEO of African Parks. “We look forward to this new chapter with him as part of our team, engaging with important international stakeholders, catalysing opportunities and developing new transformative partnerships”.

John Scanlon served as the Secretary-General of CITES from 2010 to 2018, during which he led the global push to increase efforts to combat the illegal wildlife trade and established the International Consortium on Combatting Wildlife Crime. Under his leadership the number of CITES Parties grew from 175 to 183, and he oversaw two of CITES’ most successful Conferences of the Parties in 2013 in Bangkok and in 2016 in Johannesburg.  Prior to joining CITES, his work spanned the private and public sectors, including senior appointments with the International Union for Conservation of Nature, the World Commission on Dams, the United Nations Environment Programme, as well as serving as a legal advisor on environmental projects in Botswana, Guyana, the Russian Federation, and Vietnam. Before embarking on his international career, John served as Chief Executive of the Department of Environment, Heritage and Aboriginal Affairs in South Australia, which included national parks under its management covering over 200,000 km2, and he was an adviser to Australian State and Federal Environment Ministers.  John started his career in private legal practice and was the founding Chair of the Environmental Law Community Advisory Service in his home state. In his position at African Parks, John will help to advance transformative partnerships and its outreach to both existing and new partners.

“African Parks is doing extraordinary work on the frontline of conservation across Africa. Its unique public-private partnership model, with governments and engaging local communities, is eliciting unprecedented successes in the protection and rehabilitation of important wilderness areas, contributing to a future in which both wildlife and people can prosper” said John Scanlon. “I share African Parks’ bold vision for the future, and am delighted to be joining its dedicated team and to contributing towards expanding the organisation’s long-term impact on the continent over the coming years”.

Founded in 2000 in response to the declining state of under-resourced protected areas, African Parks is committed to conserving wild landscapes in support of biodiversity and local communities, and ensuring that each park is ecologically, socially and financially sustainable in the long-term. With a short-term goal of managing 20 parks by 2020, and the ever-pressing need to secure the most critical landscapes in Africa before they are lost, John Scanlon’s experience will be a valuable addition to the organization, helping to grow its conservation footprint on the continent.