Nkhotakota was once home to more than 1,500 elephants. Over the last two decades, lack of protection coupled with the insatiable demand for ivory reduced this once vibrant herd to fewer than 100 individuals. Prior to African Parks assuming management of this 1,800 km2 reserve in 2015, in partnership with the Department of National Parks and Wildlife (DNPW), it was an empty forest, with little wildlife and no tourism. We immediately began preparing for what would become one of the world’s largest wildlife translocations, to breathe life back into this place. By August 2017, over a two-year period, we translocated almost 500 elephants and 2,000 other animals from two other parks in Malawi and restored Nkhotakota’s wildlife. 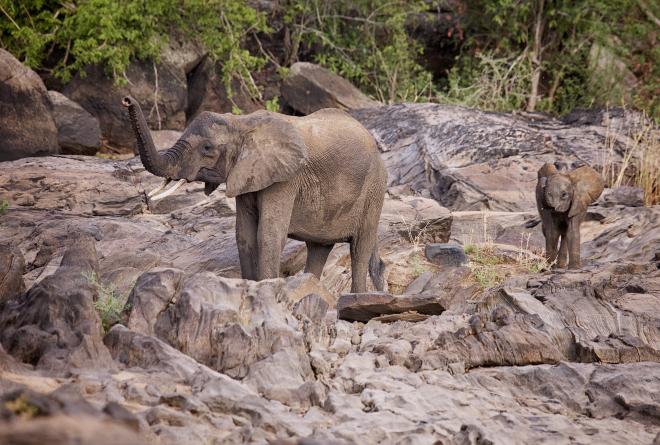 500 Elephants on the move in Malawi: When African Parks assumed management of Nkhotakota in 2015, we immediately began preparing for what would become one of the world’s largest wildlife translocations. By August 2017, over a two-year period, Nkhotakota received 150 elephants from Majete and 350 elephants from Liwonde as well as over 2,000 other game animals including sable, kudu, buffalo, waterbuck, impala, and warthog. Fifty-seven of the translocated elephants were collared, 50 of which remained active in 2019, and enabled us to monitor habitat use and movements as well as help mitigate conflict situations.

A report on elephant abundance was completed in 2021, using previously collected photographic data that revealed an estimate of 629 elephants. Together with the Malawi College of Medicine, we embarked on a tsetse fly research project to ascertain tsetse density and prevalence of sleeping sickness in communities around the reserve to assist in combatting the disease. Despite elephant breakouts remaining an ongoing challenge, human-wildlife conflict cases decreased 61%, with 85 reports this year compared to 220 in 2020.