Chinko is situated in Eastern Central African Republic (CAR), in an area that is composed of around 107,500 km2 of continuous wilderness and where savannah and tropical forest collide. These mixed habitats have resulted in an extraordinary diversity of wildlife. What is even more remarkable is that despite decades of rampant poaching, political instability and cattle and herdsman moving through the area, the ecosystem has largely remained intact and remnant populations of key species have persisted.

Chinko has the potential to play a significant role in regional wildlife rehabilitation, including the entire Mbomou drainage between the CAR and the Democratic Republic of Congo (DRC) and linking other major river basins and protected areas. The larger landscape is formed by the Southern National Park (South Sudan) and the Radom National Park (Sudan) in the Nile catchment. Chinko connects with the Yatta-Ngaya Faunal reserve in Northern CAR, Bamingui-Bangoran, Manovo-Gounda-St.Floris, and Zakouma National Park of the Chari and Lake Chad basin. Anchored in potentially the largest functioning tropical wilderness in Africa, Chinko is of critical regional importance to conservation.

The mosaic of different ecosystems in the east of the CAR makes Chinko incredibly rich with a unique composition of biodiversity. Due to physical destruction and pollution of tropical rivers associated with mining, logging, and expansion of agriculture, many of the world's freshwater systems have been fundamentally impacted. It is likely that in the near future the Chinko River drainage basin, spanning 52,100 km2, will be the largest tropical freshwater system that remains pristine due to its active protection. 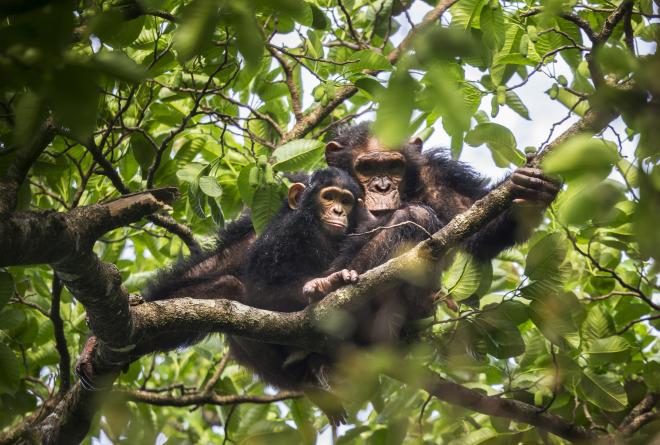 Both forest and savannah elephants exist here, making this one of the last strongholds for elephants in the country as well as one of the only protected areas in the world where both species coexist.

To date, 455 bird species have been identified by direct observation in Chinko of which 50% were not yet documented for this part of the country. Evidence-based predictions suggest about 600 bird species occur in Eastern CAR as well as 115-215 fish species of which 100 have been confirmed so far. 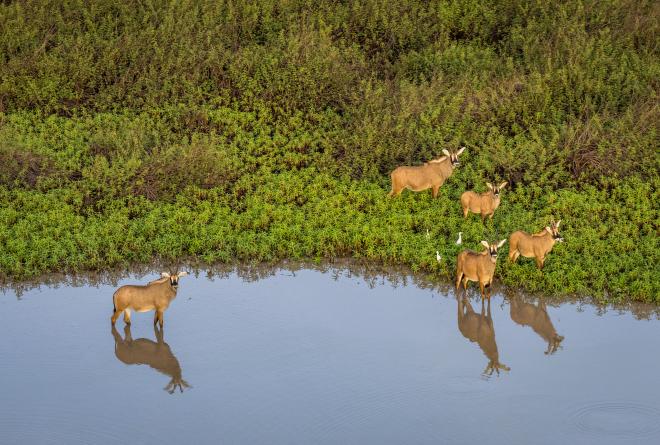 Civil and political unrest in the region was a major contributing factor to Chinko having lost three mega-herbivores. At one time, Chinko offered superb habitat for critically endangered Kordofan giraffes, western black rhinoceros, and northern white rhinoceros. However, heavy poaching resulted in the local extinction of these three species, as well as a dramatic reduction in the numbers of savanna and forest elephants.

The Giant Eland (Tragelaphus derbianus) is a woodland savanna dwelling antelope inhabiting a narrow band between the dry Sahelian shrub land and the dense humid forests at the equator in Western and Central Africa. The Giant Eland is one of the tallest and heaviest antelopes in the world and an important browser of the Central African woodland savannah. According to the IUCN Red List, its conservation status is “vulnerable” with a decreasing population trend.

With around 1,500 individuals documented in its core zone, Chinko has a large, well-protected and growing population of Giant Eland and is an stronghold for the species within the region.