The diverse habitats around the Bazaruto Archipelago are under threat due to illegal and unsustainable fishing practices, unregulated natural resource use, and uncontrolled tourism activities. These not only threaten the biodiversity but have resulted in a considerable loss in park revenue, leading to further impoverishment of local communities.

African Parks is investing in strengthening law enforcement to mitigate conservation threats. In January 2019, 34 new rangers – 17 of them women – were deployed, bringing the total number of active rangers to 56. The necessary infrastructure for park management will be constructed or renovated, while marine and terrestrial ranger patrols will be augmented in conjunction with aerial surveillance of key species and habitats. 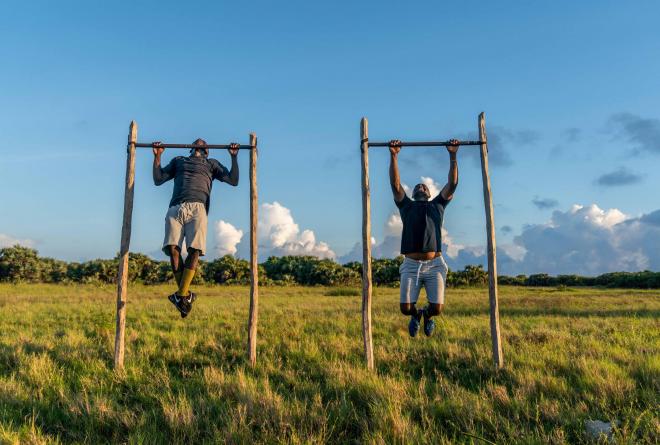 African Parks has recruited and trained 56 rangers from local communities who will be deployed throughout Bazaruto to ensure the sea life and its ecosystems are protected. A range of targeted training courses was provided to enhance their skill level, which included advanced first aid, conservation law and skipper training. Several training exchange programmes were undertaken with Limpopo and Zinave National Parks and Maputo Special Reserve in collaboration with Peace Parks Foundation; and two new intelligence officers were recruited and trained. With improved capacity and the helpful collaboration of the Maritime Authority and local police, our team has been able to curb illegal entry and activities in the park.

We have implemented improved intelligence systems in Bazaruto and adapted the law enforcement operations from a reactive anti-poaching strategy to an active counter-poaching strategy which will disrupt and decrease illegal activity. Also, a digital radio system was installed, enabling 24-hour park-wide coverage and communication between the control room, patrol groups, boats and vehicles for greater security, enhancing our efforts to protect the park.