African Parks is pleased to announce that the fencing of the entire 130km perimeter of Liwonde National Park, Malawi is currently under way. A top priority for park management, this initiative is designed to reduce human wildlife conflict, a longstanding problem in the area and one of the reasons African Parks was invited to take over the management of the park by the Malawian Government. 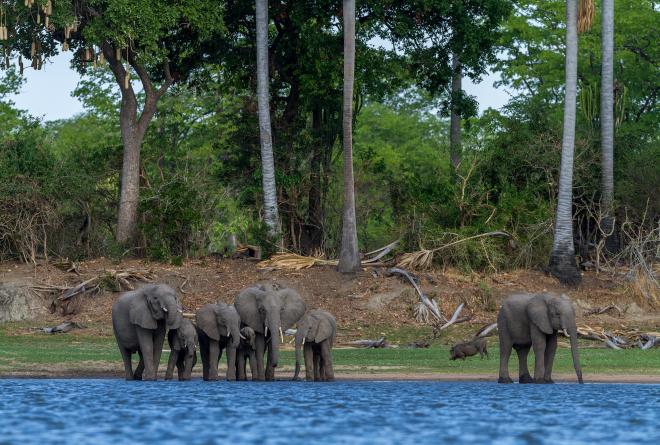 While the purpose of the fence is to eliminate the human-wildlife conflict currently impacting communities surrounding the park, and prevent individuals illegally entering the park to poach wildlife, the completed structure will also enhance the overall security of Liwonde through improved control of access.

"The human-wildlife conflict around Liwonde National Park is almost unprecedented, said Peter Fearnhead, African Parks CEO. " While these clashes can occur whenever people and wildlife share the same landscape, or are in close proximity to one another, there are certain measures that can be taken to keep both people and wildlife safe. We are confident that the fencing of Liwonde National Park will, at the very least, substantially reduce conflict situations, and prevent tragic incidents from occurring in the future.

The project is expected to take 18 months to complete, due to the size of the park, and depending on the severity of rains and floods which occur every year between December and April. To date, 7 km of fencing has been erected on the western boundary, to the north of Chikolongo. The eastern sector will be constructed next, followed by the northern sections of the park. The final southern section will involve the replacement of existing fencing. The structure comprises durable mesh game fencing, 1.8m in height, offset with electric wires.  The stone, sand, cement and solar panels that will power the electrified fence have all been sourced locally. The land clearing and construction of the fence is also providing employment for as many as 25 community members who are helping to carry out the project. In addition, fence attendants will be recruited on completion of each section, resulting in full-time employment for about 70 people by the time the entire park is fenced.

The total cost of this important initiative is $1.6million. The People͛s Postcode Lottery is one of the funders of the initiative.

While the fencing is under construction, interim solutions to reducing levels of conflict are under way. The Liwonde park management team is using an aircraft and a charter helicopter to chase elephants back into the park. Non-lethal, humane bear bangers (flares that make a gun-shot noise) are also being used to help move elephants back and keep them in the park. Daily boat patrols on the Shire River are helping to discourage the illegal entry of fishermen who are at risk of attacks by crocodiles. The park team has also embarked on a community engagement programme to inform people how to avoid conflicts, and to explain the motivation and value of the fence in delineating the boundary, and preventing animals from leaving the park, making the area safer for all.