Malaria has been dealt a serious blow with the opening and launch of initiatives by members of the Majete Malaria Project in Majete Wildlife Reserve, Malawi. 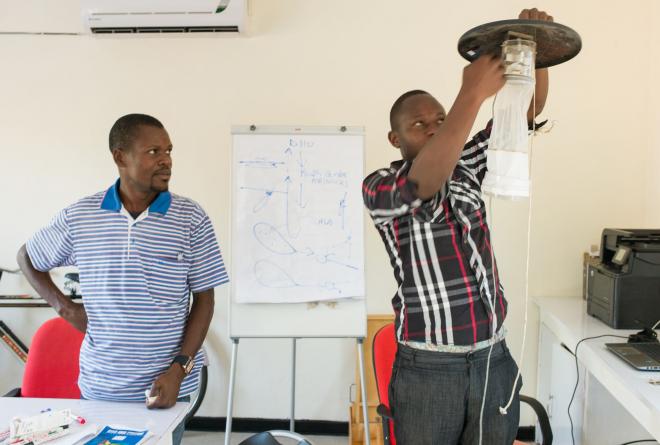 The five year operational research project is designed to support and implement malaria controls such as structural improvements to houses and the management of larvae sources. The former includes the installation of screens to reduce mosquito entry and, the latter, efforts to reduce stagnant water and the application of biological insecticides to breeding sites.

Community involvement is a key focus of the project, aiming to educate the 21 communities surrounding the reserve on prevention and control measures and increasing their participation in them. Seventy-seven volunteers have been recruited from surrounding villages and trained as community educators to implement the prevention programme. The project also has a surveillance component to identify malaria transmission hotspots and guide more targeted control efforts.

The Majete Malaria Project is supported by the University of Malawi, African Parks, The Hunger Project of Malawi, the Ministry of Health, Wageningen University and the University of Amsterdam in The Netherlands, and the Liverpool School of Tropical Medicine in the United Kingdom. The facility at Majete comprises a laboratory, tented accommodation for the research team, and a communal living area and kitchen.

As sub-Saharan Africa is most affected by malaria, the team’s research has the potential to cross borders and save thousands of lives. More than eight million incidents of malaria are recorded every year in Malawi and it is the cause of death in more than 40 percent of children under two. If you would like to contribute to the research efforts please click below.