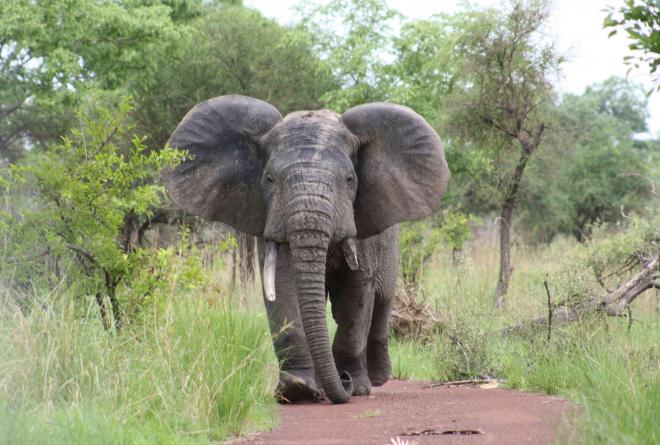 Cotonou, Benin, 31.05.2017 - The Presidency of the Republic of Benin and the conservation NGO African Parks announce the signing of a 10-year renewable partnership to revitalise, rehabilitate and develop Pendjari National Park, one of the largest remaining protected reserves in West and Central Africa.

The total investment of USD$26 million over 10 years will be used to protect and develop the Park spanning 4,800 km2. The revitalisation of Pendjari National Park is one of the 45 flagship projects of the "Revealing Benin" investment programme, announced by the Presidency of the Republic of Benin in December 2016, and is the eleventh park under management by African Parks on the continent.

Pendjari National Park: revitalising an exceptional wildlife reserve
Pendjari National Park, located in the north-west of Benin, is part of the WAP complex (W-Arly-Pendjari) spanning Benin, Burkina Faso and Niger. It is the largest remaining intact ecosystem in the whole of West Africa and the last vast refuge for West African wildlife. With an area of 4,800km2, Pendjari is home to elephant, buffalo, lion, cheetah, antelope and many other species (hippo, tsessebe, Buffon’s kob and Defassa waterbuck to name a few).

However, this exceptional reserve faces major threats including poaching, demographic pressure on surrounding land, as well as exponential resource erosion. As a result, the Presidency of the Republic of Benin has quickly put in place a plan to revitalise and protect the Park, as part of its investment programme "Revealing Benin ". In a progressive step the Government of Benin is committing $5.9M over 10 years, and initial start-up funds are being provided by several donors including the Wyss Foundation who made a significant multi-year challenge grant to African Parks to bring new parks under management.

By signing a partnership agreement, the Presidency of Benin and African Parks set a goal of doubling the Park’s wildlife populations within the next 10 years. The action plan for the Park aims to develop responsible tourism, and to ensure the economic and social development of the region. Three main work streams have been identified.

Due to growing demographic pressure (the human population surrounding Pendjari is expected to increase from 50,000 in 2017 to more than 65,000 in the coming 10 years), the integration of local communities in the project is crucial for the long-term conservation of the Park.  Almost 400 direct jobs will be created, with training given to the guards and to professionals of the tourist industry, including guides, reception staff and drivers. Outcomes are also expected to be positive for local crafts, local businesses and markets.

"The Pendjari National Park is an exceptional reserve, which requires us to act quickly to protect and revitalise. Through this partnership, we intend to reveal its full potential. We will put in place the necessary structures to preserve the fauna and the flora, but also make its development sustainable. It is a project of conservation, sustainable tourism and social development." José Pliya, Director of the National Agency for the Heritage and Tourism of Benin, in charge of the implementation of the project for the Presidency of the Republic.

“Pendjari along with the WAP complex is arguably the most important wildlife area and largest intact and functioning ecosystem left in all of West Africa. It’s a critical and progressive moment for conservation and the entire region; and we are honoured to enter into this partnership with the Government of Benin, to manage this extraordinary landscape for the benefit of both  wildlife and the people of Benin.” Peter Fearnhead, CEO of African Parks

The potential for a major tourist destination

The revitalisation of Pendjari National Park is one of the 45 flagship projects of the investment programme "Revealing Benin" launched in December 2016 by the Presidency of Benin. Tourism is one of the strategic sectors targeted by this programme, the objective being to take advantage of the historical, cultural and natural heritage of Benin to develop a tourist industry that provides strong economic outcomes and jobs. Beyond the exceptional fauna and flora, the Afro-Portuguese architecture of Porto-Novo, or the memorials of the slavery trade in Ouidah, are prime examples. The preserved coastline of the country is also a solid asset for the development of a qualitative ecotourism offer.

ABOUT THE REVEALING BENIN PROGRAMME

In December 2016, the Government of the Republic of Benin launched “Revealing Benin”, a development and investment programme of unprecedented scale in the country’s history. With a budget of 9.039 trillion FCFA (€13.78 billion) over the next five years, it will raise investment to 34% of GDP (compared to 18.8% currently) through a collaboration with private sector partners, who will provide 61% of the programme’s total planned investment. Based on 45 major projects across nine key sectors, the programme will sustainably revitalise the country’s economy. Discover more on RevealingBenin.com and @RevealingBenin.

African Parks is a non-profit conservation organisation that takes on the complete responsibility for the rehabilitation and long-term management of national parks and protected areas in partnership with governments and local communities. With the largest counter-poaching force and the most amount of area under protection for any one NGO in Africa, African Parks manages 11 national parks and protected areas covering six and a half million hectares in eight countries: Benin, Central African Republic, Chad, the Democratic Republic of Congo, the Republic of Congo, Malawi, Rwanda and Zambia. Visit african-parks.org and discover more on Twitter, Instagram and Facebook.