Our first step in managing Zakouma in 2010 was to overhaul law enforcement by first recruiting, training and equipping an effective ranger team. Due to our ranger’s efforts and strong community engagement, today poaching has essentially been halted. Elephants, giraffe, buffalo and other species have experienced little to no poaching since 2010, and only 24 known elephants have been poached in the last decade. These successes underscore that management can work with local communities to ensure that people and wildlife benefit from increased security. 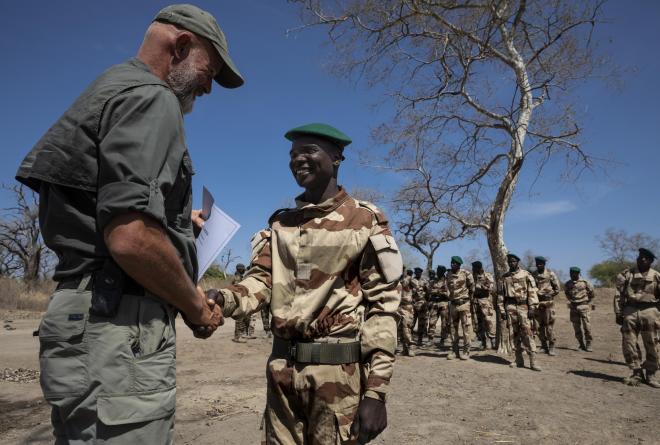 Zakouma employs over 100 rangers, many of whom are from local communities. All park rangers undergo extensive training in a number of key skills, including shooting and arrest tactics as well as community sensitisation. We help expand their skills through numerous training exercises and courses. In 2019, 68 rangers underwent additional training including small team tactics, team leader, and medical training. In 2019 the ranger teams carried out nearly 10,000 patrol man days, resulting in 50 arrests that have already led to 27 prosecutions. The park also benefits from a specialist Rapid Response Unit, known as the Mamba team. In 2021, rangers were trained to improve legal follow-ups to assure court cases against poaching and illegal fishing have more dissuasive outcomes, and in total 157 arrests were made in the GZE throughout 2021.

In the mid-2000s, a wave of elephant poaching hit Chad and Zakouma National Park in particular. Between 2002 and 2010, armed groups from as far afield as Sudan’s Darfur region killed a staggering 4,000 elephants. Poachers mounted on horseback would fire indiscriminately into densely packed elephant herds, killing entire family units.

Armed groups also targeted Zakouma’s rangers. Tragically, on 3 September 2012, six rangers were assassinated at Heban Outpost (90 km north of Zakouma). We immediately began preparing a revised anti-poaching plan to address this new, nefarious threat to human life. Among other things, it resulted in the creation of the Mamba team. 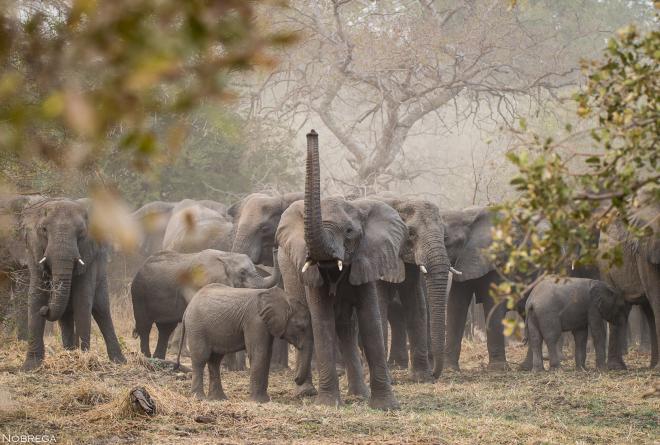 Because the African savannah elephant is Zakouma’s flagship species, park management has focused on halting the rampant poaching of elephants and creating a safe and secure landscape for both people and wildlife. In order to better understand elephant movements, satellite GPS collars were fitted to individuals in various herds. Anti-poaching patrols became a year-round activity, and a central radio control room, manned by trained operators 24/7, was introduced to monitor elephant movements and decide upon patrol positions. Aerial surveillance has been implemented in critical areas An extensive VHF radio system is in place to allow communication within the entire elephant range; and a toll-free telephone number that has been widely advertised throughout Chad encourages information flow to the National Centre for Elephant Protection in Chad’s capital, N’Djamena. 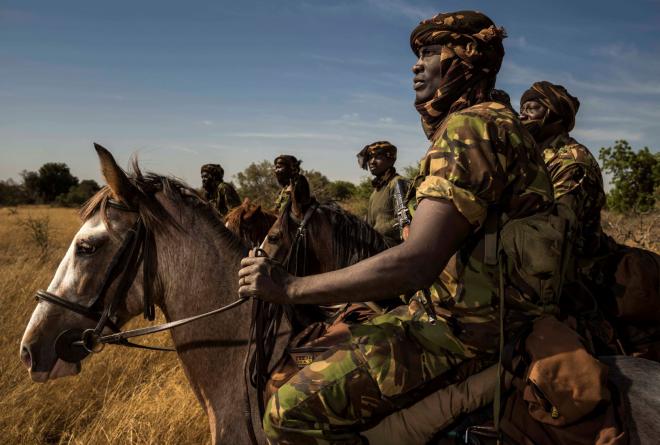 After assuming management of Zakouma in 2010, we overhauled law enforcement, created communication networks, and began providing expert training to park staff, paving the way for a total transformation. A comprehensive anti-poaching programme quickly brought elephant poaching under control, allowing herds to settle down once more. Only 24 known elephants have been killed since 2010, and no elephants have been lost to poaching since January 2016. Population numbers are rising, and after years of trauma, elephants resumed breeding. In 2011, we counted one calf under the age of five; in early 2018, we documented 127. The elephant population has now surpassed 559 individuals and is on the rise for the first time in a decade. Furthermore, Zakouma’s elephants seem to view the National Park as a safe haven, for they now largely stay within its boundaries— even during the wet season.

Across the board, poaching has plummeted—giraffe, buffalo and other species have experienced little to no poaching during the past eight years—and buffalo populations have risen from 220 in 1986 to 12,000 today.

We doubled our conservation footprint in 2017 by signing an MoU with the Government of Chad to manage the Greater Zakouma Ecosystem, which includes Zakouma National Park and Siniaka Mania Wildlife Reserve and spans 30,693 km2. Our expanded management agreement also covers Bahr-Salamat (13,000 km2) and adjoining wildlife corridors (10,000 km2). By managing these additional areas, we can support species that migrate across connected ecosystems.

Zakouma has come a long way since 2010: the park has overcome its dark past to become a symbol of hope for people and animals alike, and its transformation underscores crucial links between security, sustainable livelihoods, and wildlife conservation.