An increase in elephant poaching, bushmeat poaching, agricultural pressure along the park periphery, increasing livestock numbers, illegal logging, and intensification of illegal fishing are all factors that threaten the long-term conservation of the area which will be addressed by overhauling law enforcement.

The main threats to the Pendjari are:

Hunting is an important custom in the region, and the consumption of bush meat is traditional. The local people hunt mainly with snares and 12 calibre guns or traditional rifles. There are also traditional hunts with spears, bows and arrows, and dogs. Human population pressure has led to increased pressure on natural resources.

Illegal killing of elephants for ivory has increased dramatically since 2010 and is a major and urgent threat to Pendjari. 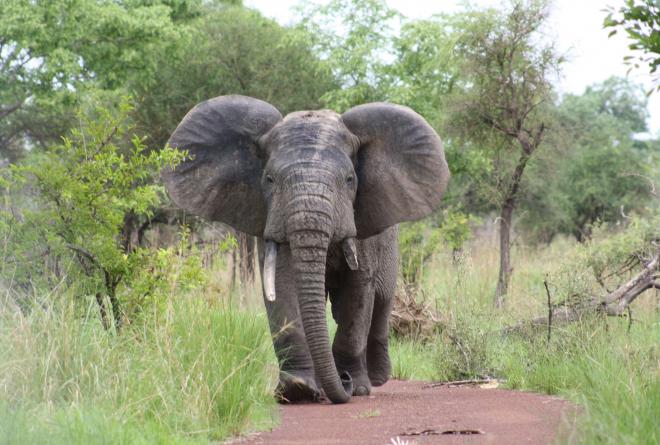 There are several precious wood species, such as Benin mahogany (Khaya senegalensis), within the Pendjari Complex that are under increasing demand. Populations around Pendjari traditionally collect other non-timber natural resources such as leaves, bark, fruits or honey.

As a result of the increased population growth in the surrounding communities bordering the Pendjari Complex, the demand for natural resources has also increased. This has resulted in an unsustainable demand and added additional pressure on the current land in the area.  The boundary of the Controlled Occupational Zone is often not respected by farmers, cattle herders and hunters.

Many transhumance Peuhl herders who originate from a variety of different counties in the region have been observed grazing their cattle within the Complex. These herds are a major threat as they compete directly with wildlife for forage and access to water.

Human-Wildlife Conflict is mostly caused by elephant, buffalo, monkeys, warthog and lion and is common along the boundary of the Controlled Occupational Zone. As agriculture and livestock are the region's two main activities, the destruction of crops by wildlife and the potential loss of domestic livestock killed by carnivores could lead to conflict situations between the Pendjari management and local communities.

In 2017, a Presidential Decree was announced for the creation of a Special Brigade for the protection of Pendjari. African Parks is recruiting and training rangers who will be deployed throughout the Pendjari Complex to ensure wildlife and its ecosystem are protected. Training includes the use of firearms, patrolling and tracking methods, navigation, data collection, communication, and first aid operations. 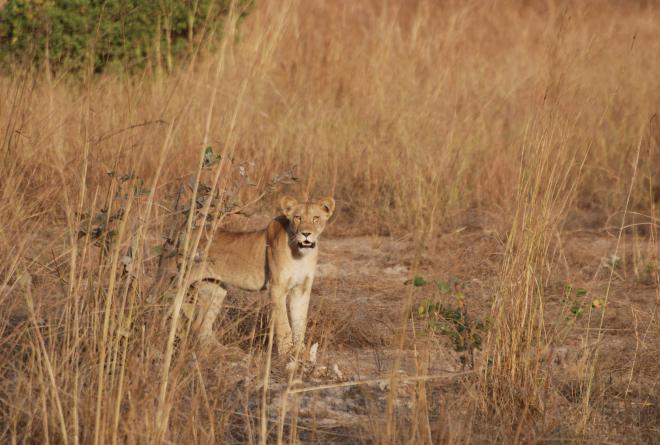 Implement improved intelligence systems in Pendjari, adapting from a reactive anti-poaching strategy to active counter-poaching strategy. This will prevent poaching activity from taking place by disrupting illegal activities. Through collaboration and information gathering, an intelligence system is being implemented to enhance our law strengthening and effective judicial monitoring efforts.

A communications and technology network will cover the entire site, and all information will be centralised 24 hours a day at the operations coordination centre. A 190 km perimeter fence, 150 km of roads, an operational base and staff quarters will also be constructed.