Pendjari is the largest remaining intact ecosystem in the whole of West Africa and the last vast refuge for West African wildlife. It is home to elephant, buffalo, lion, cheetah, leopard and many other species including hippo, tsessebe, hartebeest, Buffon’s kob and Defassa waterbuck.

Pendjari is home to over 460 species of bird. BirdLife International has identified Pendjari as an Important Bird Area (IBA) which recognises that the area is home to threatened and/or range-restricted species and is important for their protection. 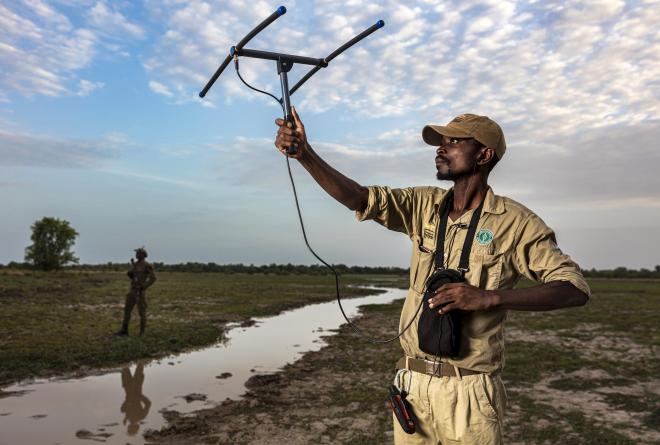 © Brent Stirton
A telemetric or specific monitoring system of key species such as elephants and lions has been implemented.

An aerial survey is carried out every two years in order to estimate the population sizes of large mammal species and to understand their movements across the park and larger W-Arly-Pendjari (WAP) complex. In addition, a telemetric or specific monitoring system of key species such as elephants, lions, leopards and cheetahs has been implemented. Across the complex 13,026 animals were documented in 2021, including an estimate of 4,056 elephants, of which 2,083 are in Pendjari – the largest population in the region and up from the 2017 estimate of 1,700. Buffalo were estimated at 14,294, with 7,157 in Pendjari. Both species’ populations showed an increasing trend across the complex over the past five years. As part of a five-year large carnivore monitoring programme we conducted a count of lion and hyena, deployed 166 camera traps, and conducted a genetic and health analysis of lion and cheetah populations using biological samples. Initial results revealed lions increasing by 60% and cheetahs by 10% over this time, while spotted hyenas decreased by 10% in Pendjari.