Unsustainable community dependence on the park’s resources has led to illegal harvesting, and has diminished fish and mammal populations. Trees have been illegally felled for firewood and charcoal, precipitating habitat loss and ecosystem degradation. The absence of an effective well-maintained perimeter fence until recently has contributed to high levels of human-wildlife conflict, causing devastating consequences for both humans and wildlife.

Rangers efforts in the Park

© Naude Heunis
Liwonde’s rangers have made significant gains over the years.

Liwonde’s rangers made significant gains over the first five years of managing the park. Poaching levels have decreased over the years and over 40,000 snares have been removed since 2015 with fewer being discovered each year. Since 2016, Liwonde has maintained a record of zero losses to poaching of high value species including elephant, rhino, and lion. Maintaining this record requires ongoing, innovative enforcement to bolster the park’s efforts. A new system called SmartParks enables the constant live tracking of assets ranging from elephants and rhinos to Rangers and vehicles. The private network was integrated into Vulcan’s Earth Ranger, which produces real-time visualisations of assets on the move. Together these systems are working to improve command and control capabilities and overall security of the landscape. 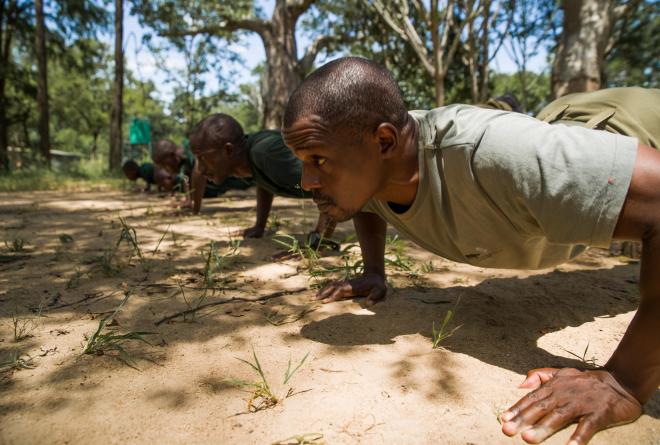 © Naude Heunis
The Liwonde Training Centre is a critical hub for the region.

The Liwonde Training Centre is a critical hub for the region and is used to select and re-train rangers for all four parks under our management in Malawi. At the Centre, candidates – selected from communities surrounding the parks – undergo a six- to eight-week course consisting of physical fitness, firearm training and drills, lessons on walking with potentially dangerous wildlife, and correct procedures for arrests. To date, and in partnership with DNPW, this Centre has produced 150 highly-trained rangers who have then been deployed across the four Malawian parks. In addition, 100 rangers have returned for specialist and additional training. These incredible individuals dedicate their lives to safeguarding these parks, and it is our duty to ensure they have the best training and equipment available to meet the challenges head on to help us and our government partners build safe havens for people and wildlife alike. In 2021, ten new field rangers were deployed, adding to the now 65-strong ranger force. New firearms, ammunition, equipment, and uniforms were issued, along with musketry training for all new rangers. All rangers passed the regular refresher training courses as part of the parks’ retraining programme.

A collaboration between the British Military, African Parks, and DNPW has seen the deployment of members of the British Army to Liwonde, as well as Majete and Nkhotakota, to support ranger and soldier training efforts. This is an example of the commitment of all of those involved to fighting illegal wildlife crime.