Chinko operates in a complex environment that must take into account not only direct threats to conservation, but also regional insecurity, a complex governance environment, and high levels of poverty among both sedentary and nomadic populations in the periphery. Armed rebel groups engage in fighting in the areas surrounding Chinko, which affects not only Chinko’s operational logistics but also local communities. In light of this, providing security to the park, its wildlife, and surrounding communities is of utmost importance to the long-term viability and survival of this entire area. 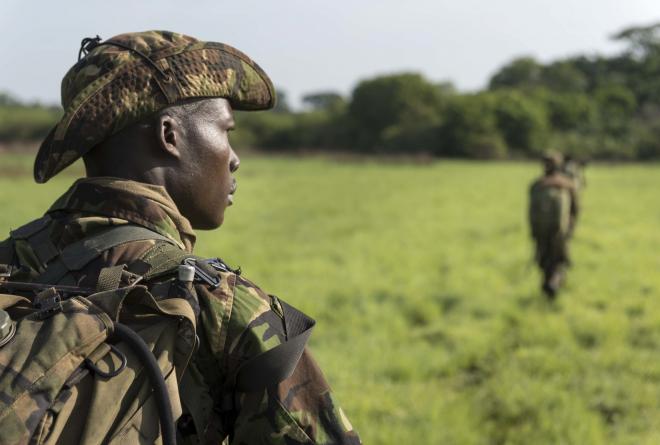 Wildlife and human populations living in villages surrounding Chinko are under constant threat due to political instability and ongoing fighting between armed rebel groups and violent militias.

A more recent regional challenge following the independence of South Sudan, is the increasing presence of transhumance populations. Annually, as the neighbouring areas dry out, thousands of cattle herders with millions of cattle pass through the region seeking pasture and water. Their presence creates significant pressure on the region through overgrazing, risk of zoonotic disease transmission, poaching, human-wildlife conflict and conflict with sedentary communities.

Chinko has recruited, trained and deployed 60 Transhumance Sensitization Officers to monitor and educate transhumant herders coming into Chinko from Sudan, one of the major threats in the area. These Officers engage with herders and prevent them from driving cattle through Chinko by guiding them towards designated corridors to avoid sensitive wildlife habitats.

In addition to that, Chinko has also deployed 24 External Outreach Officers who are based in communities around Chinko and provide information on Chinko's conservation activities to community leaders, local and administrative authorities, women's organisations and youth. They also carry out additional sensitization of transhumance and local herders on the respect of Chinko's boundaries as well as the transhumance corridor proposed and sustainable grazing. 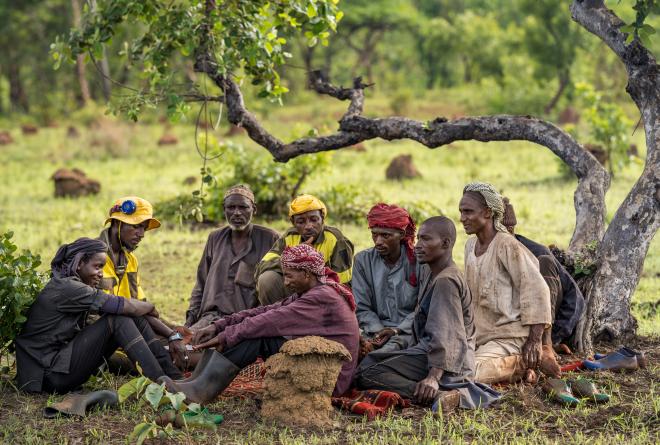 To intercept the increased number of transhumance herders coming from Sudan, our Transhumance team increased in 2019 from 24 to 45, and the buffer zone around Chinko was also extended. Team members, made up of largely local Mbororo cattle herders who were equipped with GPS and satellite phones, covered an impressive 17,500 km on patrols.

Chinko has recruited, trained and deployed 60 ECHO monitors who, through extensive tracking and surveillance within Chinko, can document how wildlife populations and habitats are developing. This enables Chinko to make evidence-based decisions when developing its long-term vision. ECHO monitors also actively manage and sensitise the fringes of Chinko, interacting mainly with local hunters, fishermen, miners, honey gatherers, loggers and other members of the settled local communities. They are often the first responders and are able to call for prompt intervention by the Ranger teams when needed.