It has been just over five weeks since one of southern Africa’s worst-ever weather related natural disasters befell Mozambique.

Catastrophic flooding associated with Cyclone Idai affected a 3,000 km2 area impacting nearly two million people in Mozambique. Many thousands along the Buzi river lost their homes and their livelihoods. They had no access to drinking water, food or healthcare. Hundreds of lives were lost and the country declared a cholera outbreak with almost 5,000 cases reported so far.

On learning of the devastation and that many communities were in dire need of assistance, African Parks launched an emergency operation from Bazaruto Archipelago National Park, helmed by Bazaruto’s Field Operations Manager Pablo Schapira, to provide critical aid to communities on the ground.

We also put out an emergency appeal, which so many of you responded to, helping to raise $200,000 for these relief efforts.

Because of you, we were able to deploy a helicopter, two boats and thirteen rangers, five of whom have advanced medical training, to bring aid and assistance to isolated settlements west of Beira on the Buzi river. 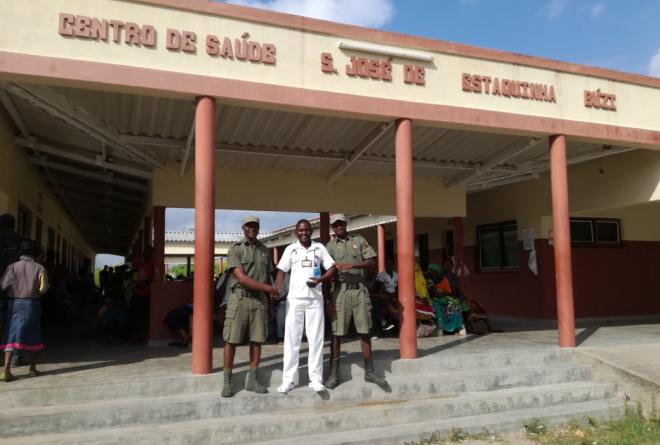 At the guidance of Mozambique’s National Institute of Disaster Management, our teams worked closely with Aeroclub Mozambique, Gift of the Givers, Mercy Air, International Red Cross and the World Food Programme to centralize operations from a temporary camp. We also assisted with the transport of veterinarians, doctors and equipment in collaboration with the Ministers of Agriculture and Health and Humane Society International.

In mid-April, with the river’s water level receding and boats no longer useful, our team finalized a handover with the Red Cross to continue relief efforts alongside the World Food Programme and with aerial assistance from Mercy Air, and our rangers were able to return to Bazaruto. This has now enabled us to provide full aerial support to Gorongosa National Park, where we have been able to assist with the delivery of over 26 tonnes of food and 1.5 tonnes of maize seeds to local communities before we close out our relief operations.

“We have been overwhelmed by the support that rallied around our efforts to bring some relief to the many thousands of victims left stranded following Cyclone Idai’s landfall over a month ago. The devastation around the Buzi river area left every one of its inhabitants dependent on aid. Due to this extraordinary kindness, we were able to see our operations through four long weeks – buying us the resources and time needed in an emergency to feed and help well over 8,000 people until further support arrived to extend aid in the challenging months that lie ahead.” – Pablo Schapira, Field Operations Manager of Bazaruto Archipelago National Park

With sincere thanks from all of us,