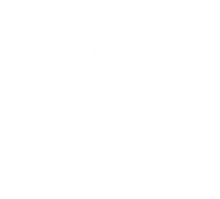 In an unprecedented partnership among the European Association of Zoos and Aquaria (EAZA), the Rwandan Government and African Parks, five black rhinoceroses who were born and raised in zoo environments, will be transported from Prague in the Czech Republic to Akagera National Park in Rwanda where they will ultimately be released into their new and wild home.

Jasiri, Jasmina and Manny were born in Dvur Kralove (Czech Republic); Olmoti comes from Flamingo Land (United Kingdom) and Mandela is from Ree Park Safari (Denmark). These five rhinos, consisting of three females and two males ranging between two to nine years of age, are part of the EAZA Ex-situ Programme (EEP) and have been donated to the Rwanda Development Board (RDB), who together with African Parks manages Akagera National Park.

Due to the relentless persecution of the species for its horn, black rhino populations have plummeted across Africa resulting in fewer than 5,000 left in the wild today. Effective park management, law enforcement and community engagement are essential in conserving wild rhino populations across their range. However, this project provides the opportunity to show how wild populations can be supplemented by captive-bred animals, and how zoos can contribute to the conservation of the species in the wild.

This translocation follows the successful reintroduction of 18 Eastern black rhinos from South Africa to Akagera National Park in 2017, in a collaboration among RDB, African Parks and the Howard G. Buffett Foundation. The move saw the historic return of the species not just to the park, but to the country, after a 10-year absence.

Prior to the reintroduction of black rhino in 2017, Akagera National Park staff undertook years of research, planning and preparation and received the training in rhino tracking and monitoring to ensure the best possible outcome for rhinos in Rwanda. With security measures specifically implemented to ensure the safety and well-being of the species, which included reducing poaching to an all-time low, deploying a helicopter for aerial surveillance, and a successful K9 anti-poaching unit, Akagera’s rhinos and other wildlife have found a safe-haven in the park and are steadily on the rise.  The addition of these five individuals is a prime example of how a collaboration between zoos and conservation organisations can support in-situ efforts to secure a future for a threatened species.

Five black rhinos are being moved from the Czech Republic to Akagera National Park in Rwanda in a cross-continental journey spanning over 3,700 miles (or 6,000 km). This move marks the largest ever translocation of rhinos from Europe to Africa.

In May 2017, African Parks successfully translocated 18 Eastern black rhinos from South Africa to Akagera National Park in collaboration with the Rwanda Development Board and the Howard G. Buffett Foundation. The translocation, which entailed a 2,485-mile journey, reintroduced the species to the country following a ten-year absence. This was a testament not only to the potential of the park to sustain a rhino population, but also to the extremely high levels of security and effective park management provided by African Parks and the Rwandan Government.

Be the first to hear the latest updates about the rhinos returning to Akagera.